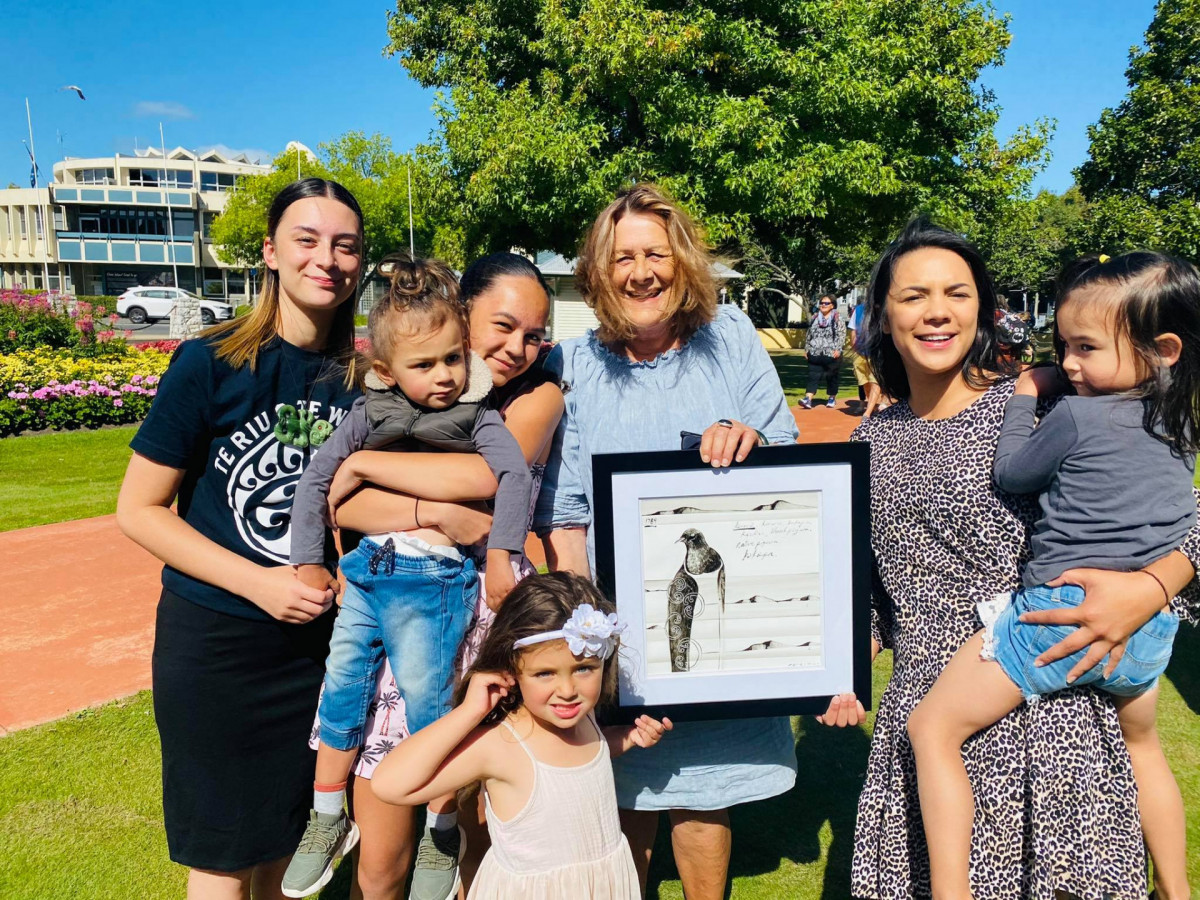 Last month’s Te Pātaka o Wairau market in Blenheim was a special occasion for Trustee Margaret Bond and her whānau after she was named a “Local Legend”.

The award was established a few years ago by Te Pātaka o Wairau Incorporated Society as a way to celebrate those who work tirelessly to make a difference for Māori in the community.

Margaret has a long list of contributions and achievements spanning the past 40 years: she is one of the founding members of the Omaka Marae Incorporated Society and is the current chairperson; she has been a member of the Omaka Marae Māori Women’s Welfare League since she was a teenager and is also the current chair for the Oranga Tamariki Wairau Iwi Advisory Board.

In addition to all that, Margaret has been tutoring raranga for over 25 years and, of course, has also been heavily involved in the revitalisation of Ngāti Apa ki te Rā Tō. She has been a trustee of the iwi for a number of years and is currently on the whakapapa, cultural and education committees.

Pictured above: Trustee Margaret Bond, centre, with some of her mokopuna, after the award was presented at the Te Pātaka o Wairau market in Blenheim. From left are, Te Ao Marama Nepia, Māreikura Nepia, who is holding little brother Hawaiki Tū, and Meia Miller in front. On the right is Kiri-Pounamu Nepia with Kamehameha Nepia.