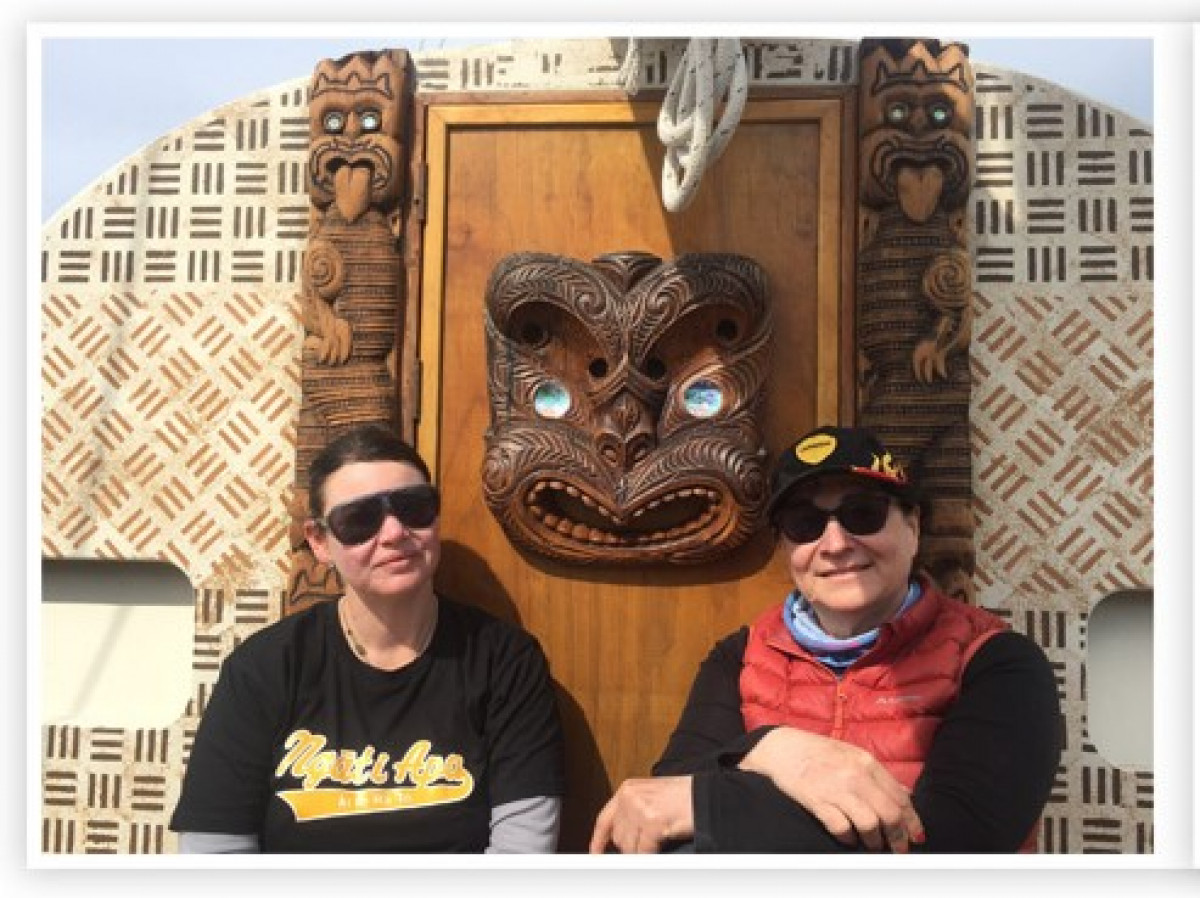 Iwi members Krissteen Smith, of Christchurch, and Kylie Batt, from Westport, are back on land after joining the Tuia 250 Voyage as trainees aboard the waka hourua, Haunui. Here is Kylie's story.

Kia ora koutou,
For those of you that don’t know me I'm Kylie Batt from Westport. I was recently selected to join the Tuia 250 voyage on the waka Haunui as a trainee for the voyage leg from Tolaga Bay to Whitianga. What an eventful experience!
We left on foot with our packs from Tolaga Bay to hike over to Cook's Cove where the waka had taken shelter from the bad weather and waited it out for hours in ‘Tupaia’s Cave’ – much like himself and Captain Cook did on their voyage – until the tide went down and we could safely get onto Haunui. Once the tide came back in, we were away. It’s quite an exciting feeling at this stage and it was just beautiful coming out of Cook's Cove. We were split into two watch groups for five and 10-hour shifts. No watches or phones were allowed – with only the sky to help us tell the time. The weather wasn't fantastic, we were getting over 4-metre swells hitting our small waka with no real break between sets.
My favourite part was definitely navigating the waka using the hoe and focusing on the stars to keep us on course. Unfortunately, during one of my crew’s night-watch shifts we hit some big swells and a crew member was badly injured – we were 30 miles out to sea and were unable to move him off the deck so we spent the next 12+ hours making our way back to land and comforting him and keeping him warm. We got into a small cove in Hicks Bay where we were able to get him off the boat to safety.
Unfortunately, we never made it to Whitianga. As we were already a day behind because of weather, our captain decided to take shelter for a couple days. I’m back home now and can’t wait to get back out on a waka – in spite of the challenges I think it's my new thing. I really wanted to thank Ngāti Apa ki te Rā Tō for this opportunity, especially the office team who did lots to help make this happen.
Ngā mihi
Kylie Batt