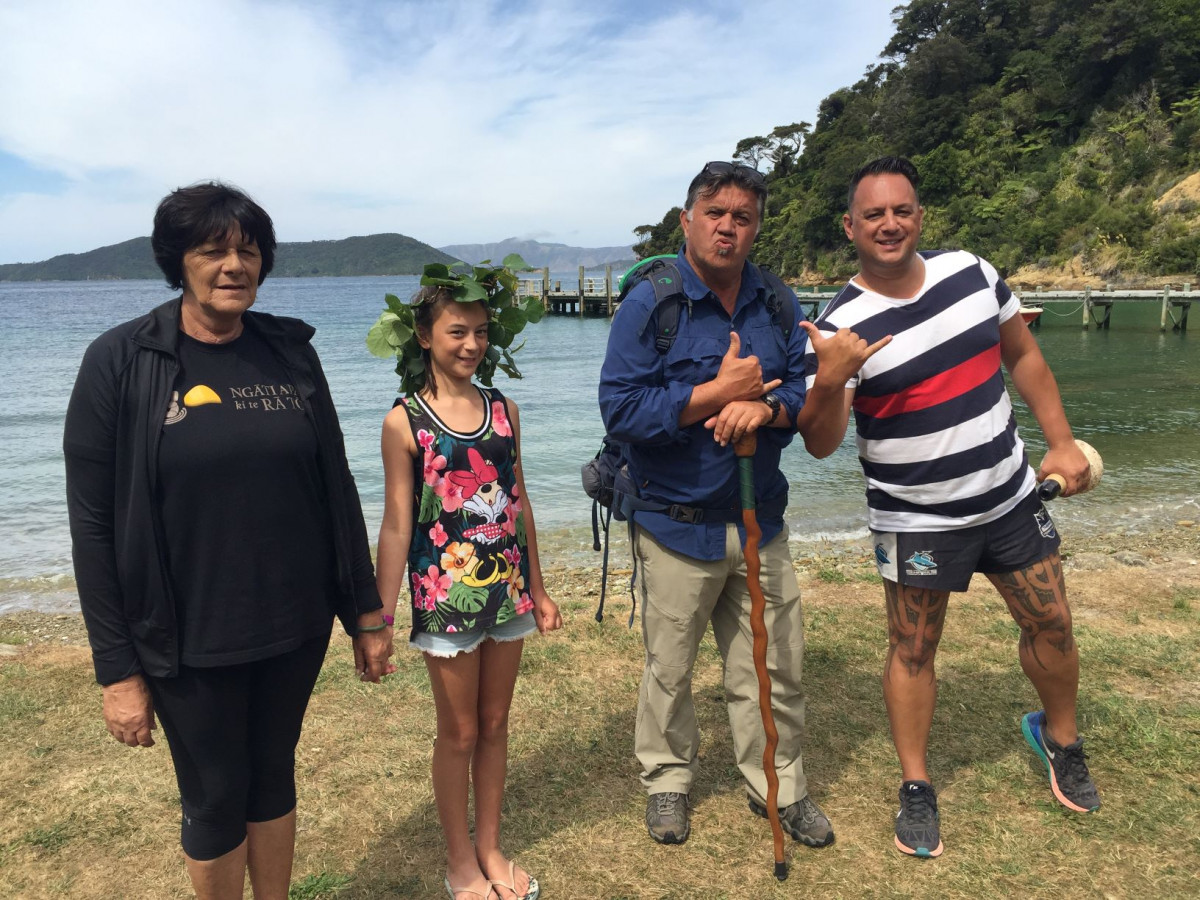 Once again there has been a lot of cool kaupapa happening in the cultural space. Here are some of the highlights over the past couple of months.

In late Kohitātea/January we were invited by the whānau of Te Pā o Rakaihautu to join them at their planning hui at Rotoiti and share with them our kōrero pertaining to the Rotoiti, Rotoroa area. It was great making connections with this kura and our Ngāi Tahu whanaunga. The whānau at Te Pā o Rakaihautu focus on creating an environment of seamless education for their tamariki and whānau.

In Huitangaru/February we participated in the filming of an episode for Te Araroa, which is a show hosted by Pio Terei. The show follows the Te Araroa trail. The 3000km route stretches from Cape Reinga in the North of New Zealand to Bluff in the South taking in spectacular New Zealand landscapes along the way, from beaches to volcanoes; to forests to cities.

I had the pleasure of meeting Pio at Meretoto and shared with him the history and connection that Ngāti Apa ki te Rā Tō, and Kurahaupō iwi have with the area and surrounding bays, before Pio set off on his journey further into Te Waipounamu. Pio is as funny off screen as he is on.

The show will screen later on in the year.

You may have also seen a feature on 7 Sharp (TVNZ) recently on our sacred puna, Rotomairewhenua. There is an increasing number of visitors to Rotomairewhenua, which will have an impact on this wāhi tapu. The purpose of the episode was to educate people on the significance of the lake from a Ngāti Apa ki te Rā Tō cultural perspective and also the fact that it is the clearest freshwater in the world.

Ngāti Apa ki te Rā Tō representatives plan on meeting with DOC in the near future to continue the discussion regarding this issue.

I have been fortunate to visit this wāhi tapu a couple of times now and the serenity and beauty of the area never ceases to amaze me. He wāhi houkura te wāhi nei.

In closing I would like to acknowledge all of our kaimahi who have taken on the wero of extending their knowledge in te reo me ōna tikanga. Not only do they attend cultural training at mahi but most of them have also enrolled in te reo Māori courses in their own time. Kia kaha koutou ki te ako i tō tātou reo Kamehameha.