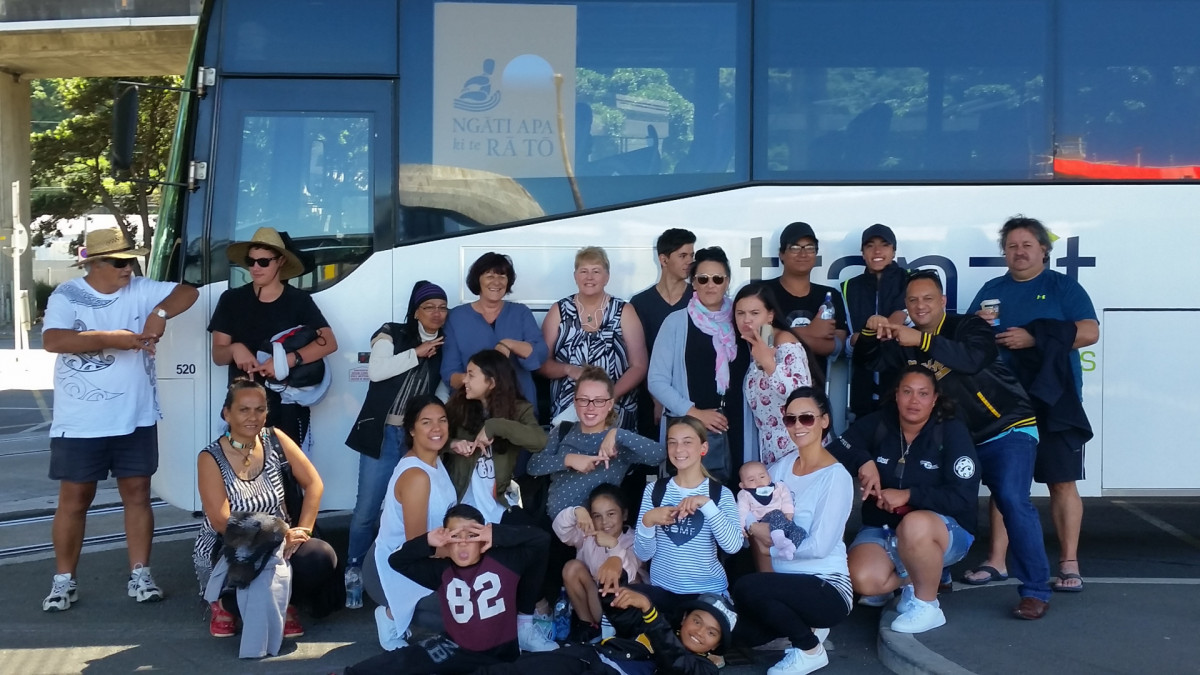 The first Mana Rangatahi wānanga for 2017 was held January 18 to 23 and it proved to be another amazing experience for our rangatahi, strengthening their connection to their iwi, their whenua and each other.

The wānanga visited Ngāti Apa ki te Rā Tō wāhi tapu in the Golden Bay area including a very moving visit to Kaka Pā located on a hill top in Kaiteretere. Kaka Pa was a pre European Ngāti Apa ki te Rā Tō and Tumatakokiri pā site. The whānau preformed a waerea, whakawatea ceremony which cleared the path and acknowledged our tūpuna who once lived there. It was very emotional and tears were shed.

There are a number of Ngāti Apa ki te Rā Tō pā, uru pā, mahinga kai and taunga waka in the Kaiteretere area. After visiting Kaka Pā the rōpū meet up with Abel Tasman Waka experiences and went for a paddle out to the famous Te Tokanui awha or Split Apple Rock.

The rangatahi also developed their ability to deliver mihimihi, whaikōrero, karanga and pao. Mau rākau was also part of the daily routine. Mau rakau is a great tool to teach self-discipline, self-mastery and collective consciousness.

The Mana Rangatahi wānanga concluded with a demonstration to whānau who were blown away with the transformation that had occurred in their rangatahi.

Mana Rangatahi is a great way for your rangatahi to learn more about their Ngāti Apa ki te Rā Tōtanga and to meet some of their cuzzies. Keep an eye out for the details of the next Mana Rangatahi.

The latest all ages wānanga was held in conjunction with the national kapa haka festival, Te Matatini hosted in Hastings last month. An ope of Ngāti Apa ki te Rā Tō kaumatua, pakeke, rangatahi and tamariki travelled to Hastings to witness the best of the best kaihaka battle it out on stage. It was a great experience for many of our whānau it was the first time they had seen Te Matatini live.

Ngāti Apa ki te Rā Tō sponsored three rōpū, Te Reanga Morehu, Te Poutūmaro and Kia Ngāwari who had placed in their regionals and qualified to perform at the nationals. Ngāti Apa ki te Rā Tō also had whānau performing in a number of other rōpū including Te Matarae i o Rehu, Waihirere and Te Pao a Tahu.

We are very proud of all of our Ngāti Apa ki te Rā Tō kaihaka.

The purpose of the wānanga was to expose and inspire our whānau to develop our ability in Māori performing arts. There has been discussion about how to develop kapa haka and also the possibility of starting a Kurahaupō rōpū. Te Tauihu iwi including Ngāti Apa ki te Rā Tō will host Te Matatini in 2025.