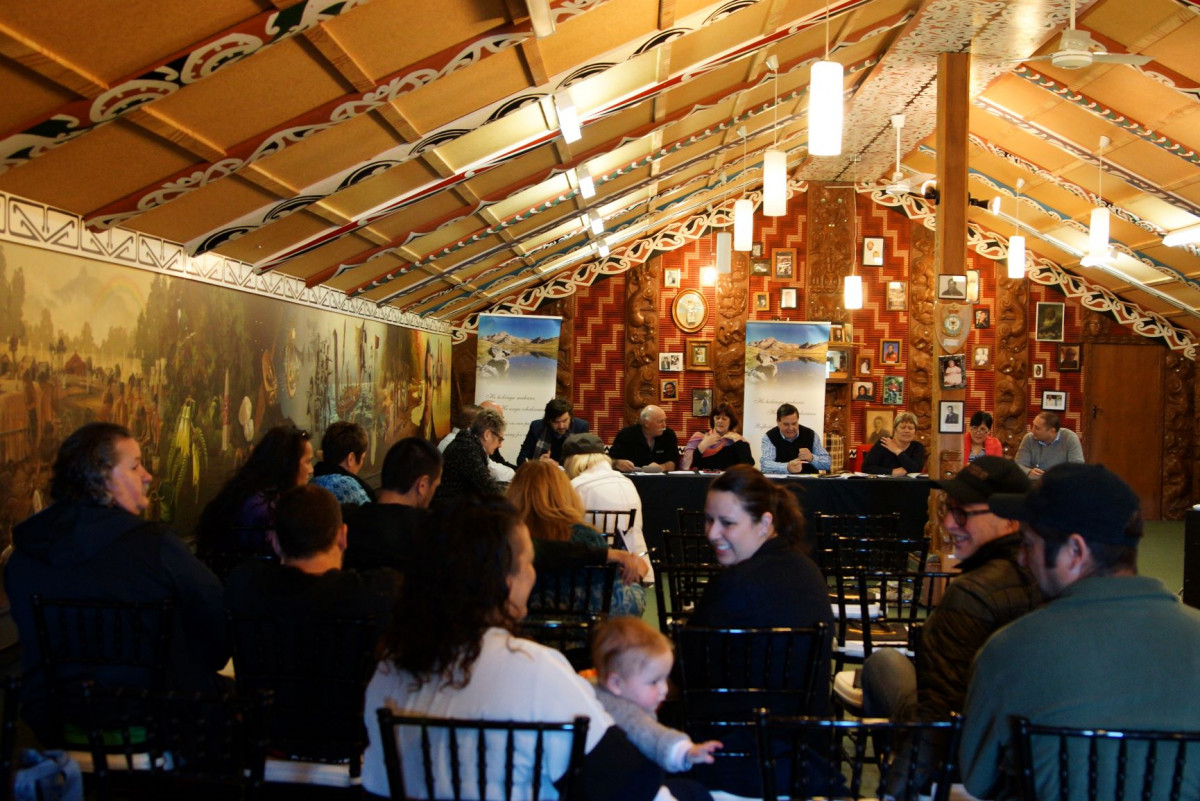 The AGM and Whānau day for 2017 are now behind us, and the weekend activities went extremely well. Attendance at the Whānau Day and the Hākari was great, and we had a good turn-out for the SGM/AGM.

It was great to catch up with whānau over the two days, and good to see a balance of “regulars” as well as a number of new faces. Thanks to everyone who took the time to come along; it is a good opportunity to catch up with aspects of the various entities within the Iwi and to have your say on matters of interest. Thanks also to the Office team for the hours put in to the planning and for doing all of the necessary work both in the lead up and over the two days, to ensure that everything ran smoothly. Their commitment and dedication is appreciated.

There were two aspects voted on this year, the first through the SGM, to make amendments  to our Deeds, to give us the ability to capitalise the Investment Company, to tidy up a number of clauses in the Deeds e.g. revise the Trust meeting quorum number, and to align a number of clauses between the two Deeds which differed slightly. There needed to be a 75 per cent or more acceptance for the resolutions to be passed and at 94 per cent acceptance, that threshold was met comfortably. We will now go ahead and put those changes in to place.

The second vote was the election of four Trustees, whose terms expired this year. The outcome of those elections was that the status quo remained, hence myself, Hinemoa Conner and Adrian Wilson all representing the Puaha Te Rangi hapū and Margaret Bond representing Tarakaipa, were re-elected. This being a transitional year as we move to a regime where two Trustees will  be elected each year, the two highest polling candidates (myself and Hinemoa) are appointed for a term of three years, and the remaining two (Adrian and Margaret) are for one year. Sadly at times like this some very good potential candidates miss out, which proved to be the case for this election with all candidates polling well. With the terms of myself as Chairman and Margaret as Deputy Chair being up for re-election, these two roles will be elected by the Trust Board at our next board meeting.

Also at the next Board meeting, we will complete the process of reviewing our needs to fill the two senior vacancies in the Office. We will also start the process of recruiting replacements. Guy (Royal) has agreed to cover as interim CEO while we work through that process.

Later this month I will be meeting with Francois Tumahai from Ngāti Waewae, to progress a number of aspects of our relationship agreement. We will sign the protocols around Kaitiaki and taonga discovered accidentally, and will then be in a position to advertise within our people, for Kaitiaki in Kawatiri. While these initiatives have taken some time to progress to this point, it will set the platform for us to move ahead and to continue to build the relationship on a number of levels.