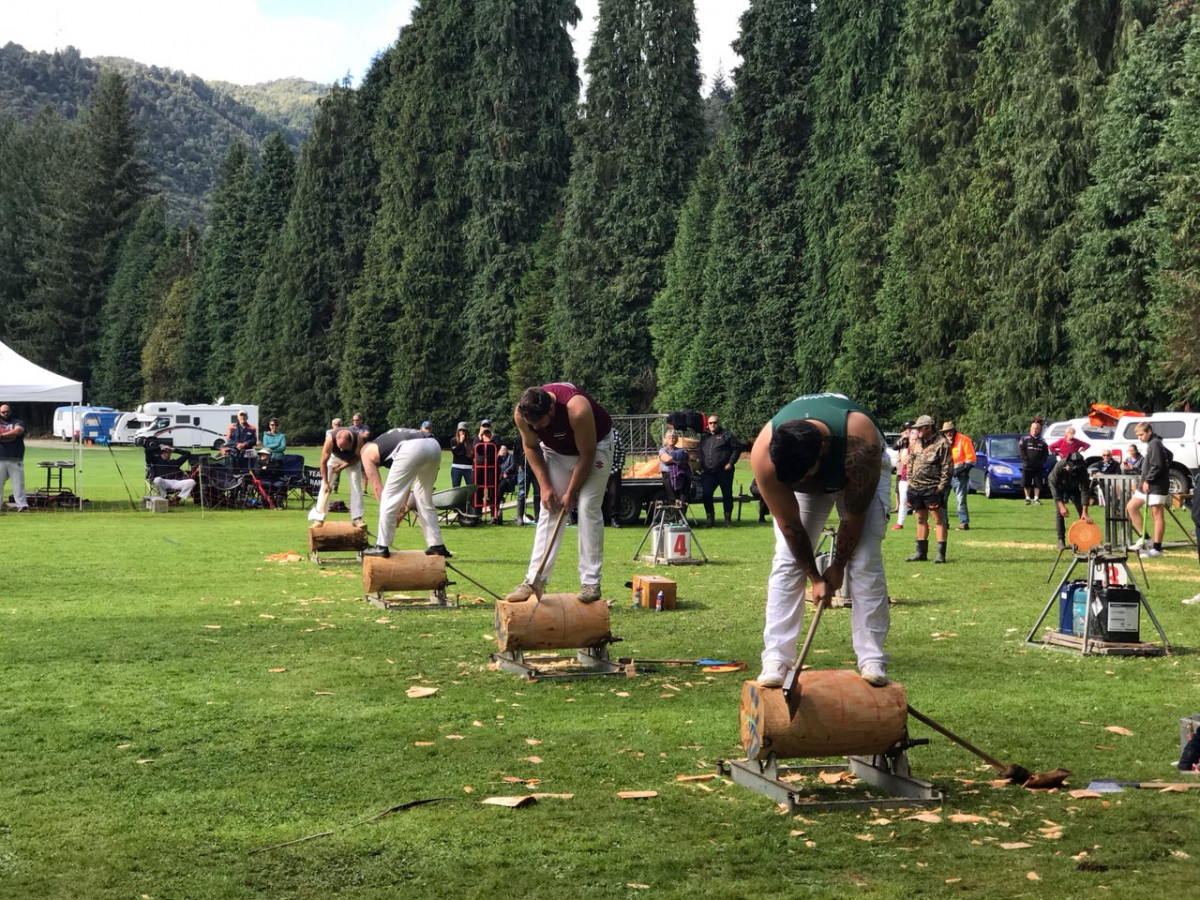 The sights and sounds of many of our members’ childhoods on the woodchopping circuit rang loud and clear at Reefton at Anzac weekend, as Ngāti Apa ki te Rā Tō whānau turned out to support the Dan Gilsenan Memorial South Island Woodchopping Championships.

Organised by the Coast Buller Timbersports Association, the Ngāti Apa ki te Rā Tō Trusts were proud to be a main sponsor of the event, which was held in honour of the late Daniel (Dan) Gilsenan, who passed away last year, in his 87th year.

Uncle Dan, who lived most his life in Reefton, and his brother Les (Bon) were well known identities on the New Zealand woodchopping circuit and also flexed their muscle abroad. Their “little” sister Alice Gilsenan, says they still hold a couple of world records to this day. Their father Leslie Gilsenan had retired from chopping  due to an accident by the time a young Alice was packed into the truck to go off to woodchopping events. But her brothers Dan and Bon, well, they were the ones to beat.

“It was my whole life and it was my brothers’ whole lives, too,” she says, “they rarely missed an event.”

“On the Coast we were away every weekend during the summer with woodchopping and having Uncle Bill Wilson with the judging machine, we’d go to wherever they went.”

The “judging machine” was known far and wide as the very first of its type and was the creation of Bill Wilson, husband of Mary Jane Wilson.

“They had old electric jug cords which went into the log and when it fell off it would pull the switch down and register that the log was no longer connected,” says Alice.

“Us kids, all the Wilsons, and there were a lot of them, we’d go down to Hokitika, Whataroa, Ross, Kaniere and all round there, we’d go on the Friday night and us kids were always put in the back of the truck, you wouldn’t be able to do it now, wooden seats right around the outside, no back on it, nothing, it was just open, and we’d all crush in there. There’d be 15, 18 of us in there, going off to the woodchopping.”

“I loved it, it was just so exciting. And you knew everybody.”

Happy memories of woodchopping are repeated fondly at The Strand Reserve in Reefton, where the champs are being held. Despite the rain, and despite injury for some, a good contingent of the Gilsenan and Mahuika whānau are here to show their support – three generations of them, including Uncle Dan’s widow Betty Gilsenan and her son Ben, Uncle Bon’s son Anthony and his wife Wendy and kids.

Trusts Chairperson Hinemoa Conner says woodchopping runs through generations in both the Tarakaipa and Pūaha te Rangi hapū. “It’s been lovely to all be here and honour Uncle Dan and also support the axemen’s association, as we have had such a long and close association. Both hapū have a long and proud history in woodchopping. Tarakaipa have a number of absolutely brilliant choppers and many of our whānau will have memories of events like this.”

For the novices out there, Hinemoa, Alice, and Wendy Gilsenan, wife of gun axeman Anthony, are quick to explain the various events and rules, how the axemen start off, where they can put their feet and what makes a handicap.

Other important etiquette, says Hinemoa, “You are allowed to yell”. 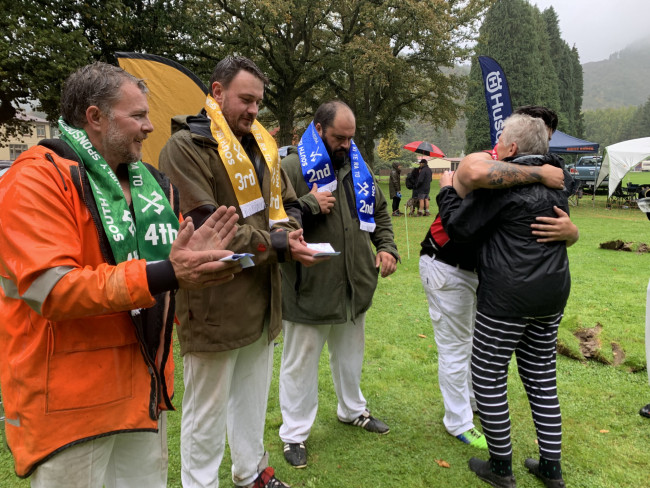 For more photos from the weekend, see our Events gallery.