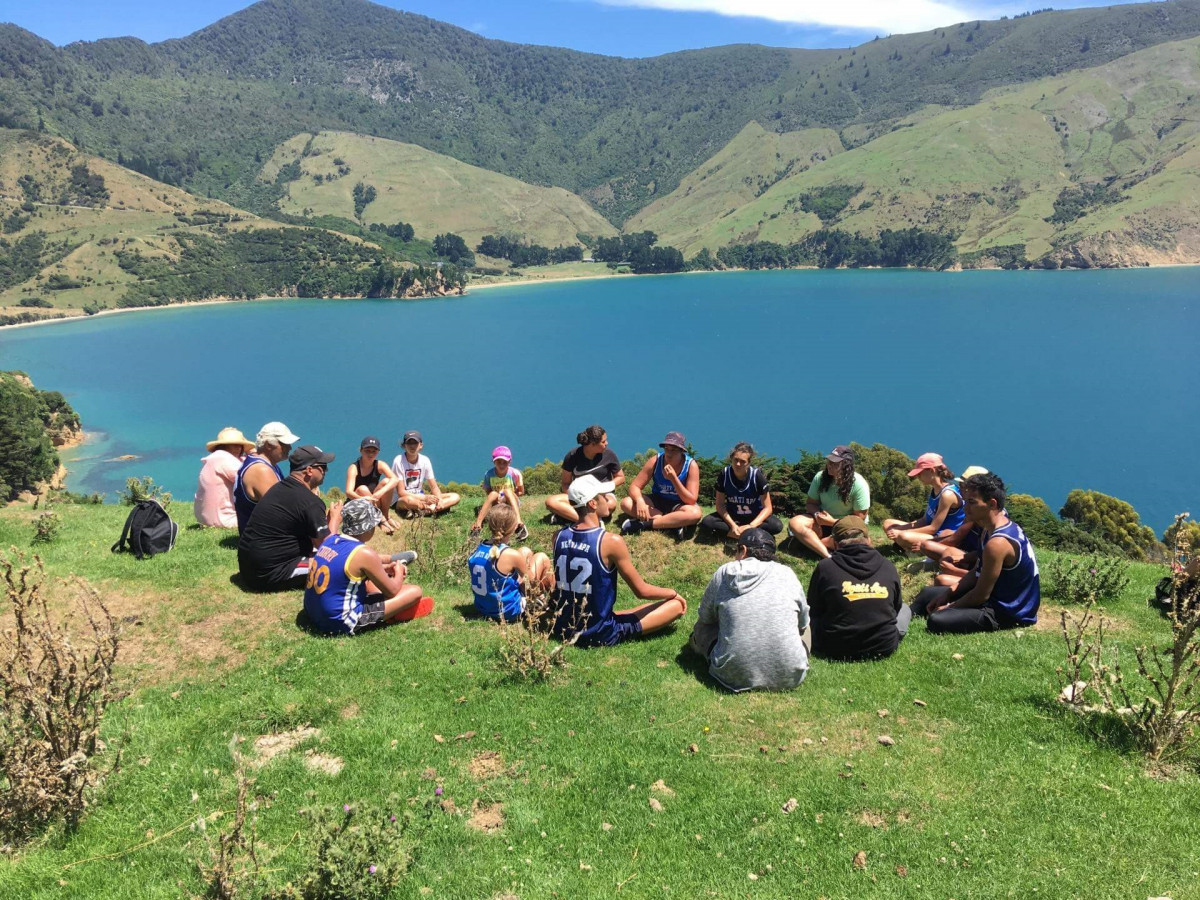 The first Mana Rangatahi wānanga of 2018 was held in the Christmas school holidays. This time the wānanga travelled down into the Marlborough Sounds to Tītīrangi and Anamāhanga. The participants went camping at Tītīrangi and the first task was to erect the tents. It was beautiful weather and there was a lot of swimming and gathering of kaimoana.

There was also tough taiaha training on the beach every day. Uncle Matt Baker took the rōpū around for a site visit to some really old mara kai, gardens and then up a very steep hill to some ancient kūmara pits. Uncle Matt and Nana Marg shared with the rangatahi our history and association to Anamāhanga. It was a very emotional time for Uncle Matt as he welcomed his mokopuna home to what he refers to as the homelands. The rangatahi also got to see our maunga Puhi kererū, a first for most of them.

During this wānanga we had a few new rangatahi join the kaupapa and the Ngā Toki Pakohe a Tamahau assisted Papa Kiley with tutoring. The Ngā Toki is a selected group of rangatahi who have all been part of the Mana Rangatahi programme and participate in extra wānanga which develops their knowledge around Ngāti Apa ki te Rā Tōtanga.

After a few days camping and no showers, the rōpū made their way back to Omaka Marae to hot showers. On presentation day they showed their whānau how much they had transformed and whānau were blown away. During the presentations Ngākau Moka-Tengu was awarded the Junior Toa and Tama Baker was awarded the Senior Toa.

New Mana Rangatahi participant, Talia Macdonald said that she “was nervous at first but also really excited” because she had heard about Mana Rangatahi. “Mana Rangatahi exceeded my expectations, I learnt so much and it wasn’t boring and was really fun.”
Ryder Martin-Tipene grew up in Australia and this was his first time on the wānanga. “This has been a great experience”, he said.

A webinar series of the wānanga will be launched soon on Apa TV so make sure you keep an eye out for that.