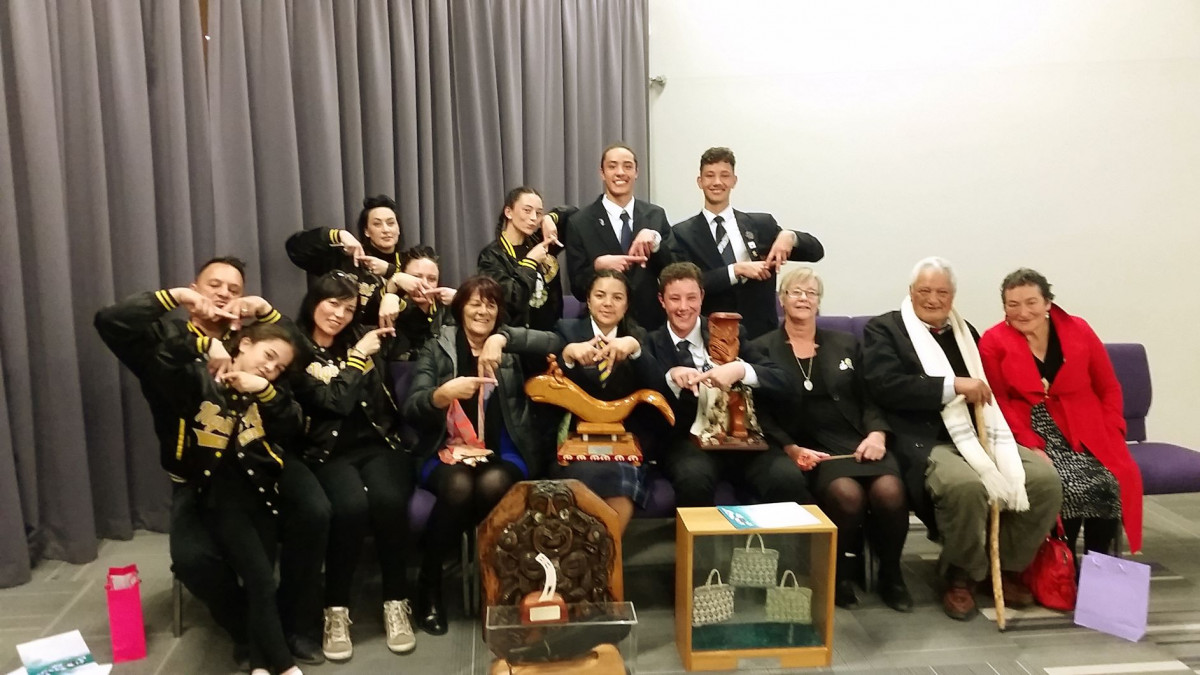 Kia ora to Lucas Kereopa Baker, who wrote this account for us of his Manu Kōrero journey.

My Ngā Manu Kōrero journey began at a Ngāti Apa ki te Rā Tō Mana Rangatahi Wananga where it was proposed that I stand at the Marlborough Boys College competition in the Rāwhiti Ihaka (Junior Māori) and Sir Turi Carrol (Junior English) sections.

Leading up to the day I met with Papa Kiley (Nepia) every Wednesday and Sunday and I also frequently video called Whaea Tinamaree Kaipara who both helped me deliver my whaikorero.

Yet again I underwent a rigorous training schedule, that included not only spoken, but physical training to condition my body to the many movements required in my whaikorero.
The day arrived and at 7.30am we departed to Whakatū where we were met with a powhiri by Te Kura Kaupapa Māori o Tuia Te Matangi, followed by parakuihi.

They then asked all speakers to assemble in a separate room for a briefing of the day. As I was not one of the first to take the stage, I spent my time before I stood practicing and trying to calm my nerves. By the time my name was called to the holding room my heart was going a million miles an hour, a whole bunch of thoughts were going through my head, what if I go blank? What if I stumble? But I steadied myself and focused on my words ... the next thing I know I’m taking the stage and delivering my Te Reo Māori speech, then there is clapping and I am whisked off the stage, given 2 minutes before I had to return to the stage to give my English speech.

By this point I felt a lot more comfortable and gained some more confidence than before, so I delivered my speech, was given a beautiful Haka Tautoko by my peers and then I waited, and waited and waited as I watched those after me and secretly compared – was I as good as that person? They sounded pretty awesome. Until finally they called the speakers to a row of seats beside the stage, and they proceeded with the prize giving.

So yet again I returned to my training and preparation because next time I delivered by speech , I would be on a National stage at Manu Kōrero o Te Motu, in front of hundreds.

We travelled to Taranaki and attended powhiri on the Wednesday returning to TSB Stadium on Thursday to tautoko our Te Tau Ihu Senior English Speaker Abel Johnston. It was a good opportunity to get on stage with Abel because it allowed me to get a feel for the size and view of all those people from the stage view.

Thursday night we attended a disco for all competitors and supporters, I tried to enjoy it but in the back of my head were these nerves, and they were saying

“Lucas what are you doing? You should be practicing!” but I steeled myself once again and managed to enjoy the night.

Friday morning just seemed to fly by and all of a sudden it was 1 hour until i stood, 10 minutes, 1 minute, 30 seconds....  all of my words were flying through my head, but I felt confident in my words. So I stood, I delivered my words, I did my actions, and I was the best I could be. Although I didn’t place, I am proud to have represented my Iwi of Ngāti Apa ki te Rā Tō and my school of Marlborough Boys' College and my whānau. Not many can say that at 15 years of age they stood amongst the 15 best Junior English Ngā Manu Kōrero speakers in the country.

And for that I would like to sincerely thank all the hard work put in by papa Kiley and his whānau, Whaea T and her whānau, my whānau and of course, my iwi Ngāti Apa ki te Rā Tō for their support, encouragement and making the wonderful opportunity to the national stage possible.

Looking toward the future I am determined to continue my journey and prepare myself as well as encourage others for the next challenge ahead Ngā Manu Kōrero 2018!