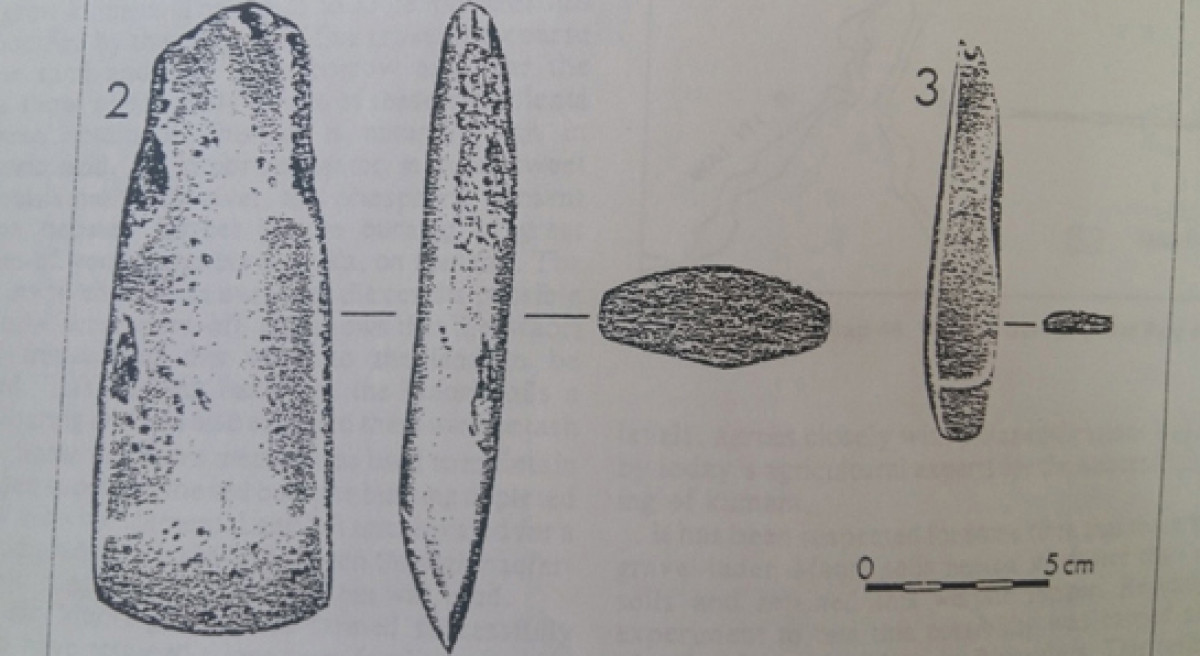 He refers to adze finds, ovens, cultivations, worked boulders and argillite artifacts. NZ Archaeological Association records confirm finds of argillite flakes and ‘roughouts’ on a terrace above the river flats at the very end of the spur at the confluence of the Motupiko and Motueka rivers, which was a strategic point along the Motueka River giving excellent views up and down the valley and the Motupiko Valley.

An ancient trail follows the course of the Motupiko and Motueka Rivers from Mangatawhai, or “The Place of Many Trails" (Tophouse, near the Nelson Lakes). This formed the main track linking Golden Bay and Tasman Bay with the Wairau and Kawatiri districts.

Another document records a 2 to 3-mile long terrace overlooking the Motueka River, named Tapawera, where ovens, stone flax pounders, hammer stones, anvil stones and “small heaps of waste flakes of argillite” were found.  Yet another document records adzes being found in the same area. Taken together these documents confirm Ngāti Apa ki te Rā Tō occupation of these areas for many generations before European settlement. The coastline around Motueka was a rich source of food, and included extensive kumara cultivations, as well as sources of mahinga kai including shellfish, forest fruits, fin fish, birds and freshwater (wai māori) fish species. Pingao and harakeke were also gathered here and the kumara at the mouth of the Motueka River was a source of para – the black mud that was used as a dye. These areas were not necessarily populated all year round, but would have been occupied at different times of the year depending on what kai was ‘in season’.