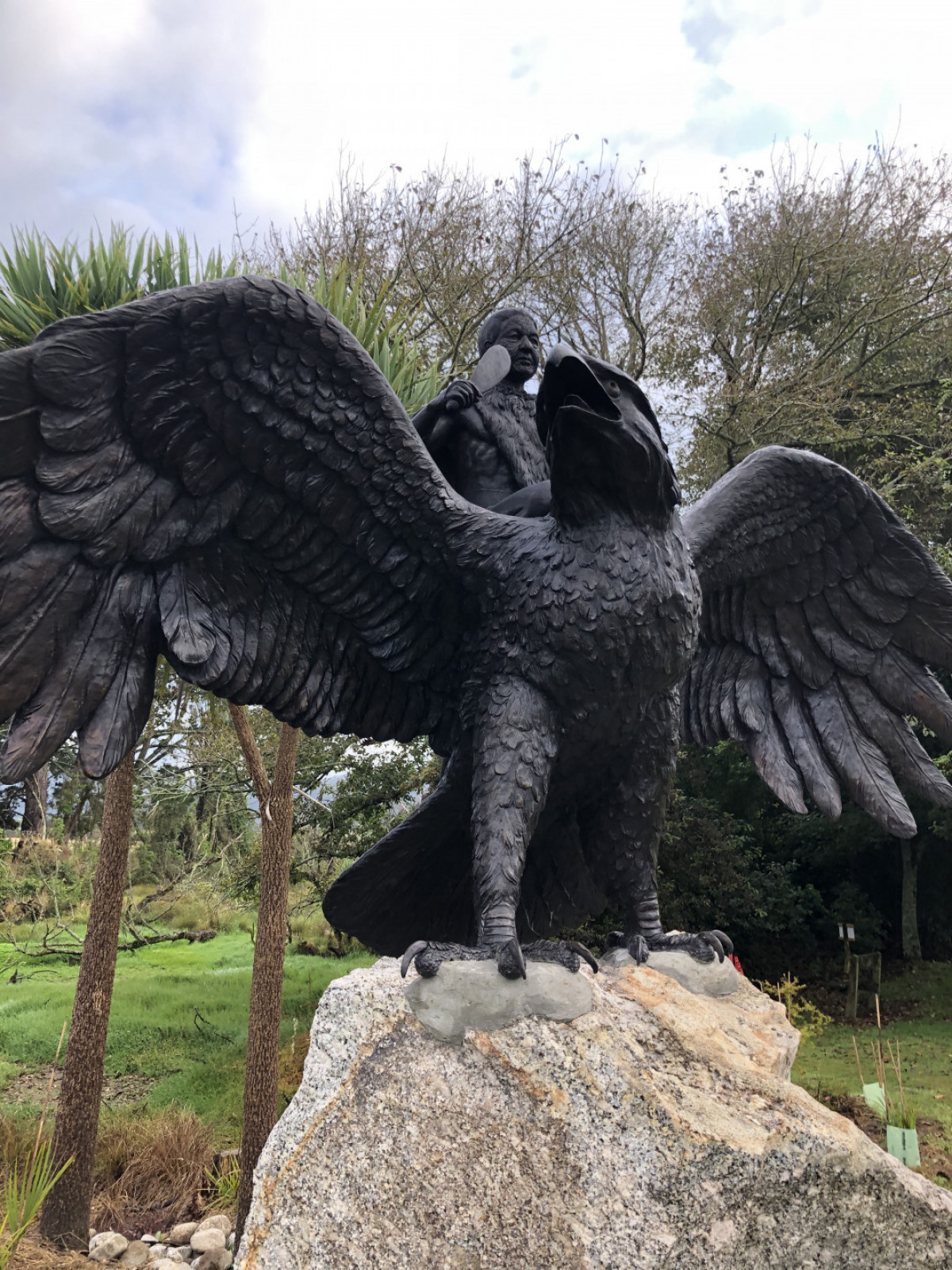 February 22 was a special day for Ngāti Apa ki te Rā Tō as locals and iwi came together in Karamea to unveil a life-sized bronze Hokioi sculpture, a project which has been almost two years in the making.

Ngāti Apa ki te Rā Tō, alongside whanaunga Ngāti Waewae, were proud to support and work with the Karamea Estuary Enhancement Project (KEEP) to progress the production and unveiling of Te Maia Kahurangi, by Gillie and Marc Public Artists, which takes pride of place in the centre of the northern Buller township.

Ngāti Apa ki te Rā Tō Trust deputy chair Brendon Wilson, who has been involved with the project from its inception, said it had been a pleasure to work with the KEEP team and Ngāti Waewae and see the project come to fruition.

“These projects do not happen without passion, drive and commitment and the Karamea team have produced that in spades. They are a small community who punch well above their weight, they thoroughly deserve to be congratulated.”

The sculpture is based on the story of Te Maia, a Ngāti Kahungunu chief from Haitaitai, who had led his people across Raukawakawa Moana (Cook Strait) to Whakatū (Nelson). Years later, during a walk in the mountains behind the kainga, he came across a spring, which he drank from, and a cave, which provided somewhere for him to rest. Inside the cave was a large nest with an egg. When it hatched, Te Maia helped the young bird, a “giant eagle”, and they became firm friends. As the chick grew, he would fly with Te Maia on his back. Te Maia came to be known as Te Maia Kahurangi – the man-eagle – and flew regular circuits from Whakatū to Karamea and up to Onetahua (Farewell Spit).

Today, Hokioi are considered as the “spiritual guardian” of the Karamea Estuary.

Ngāti Apa ki te Rā Tō Trust chairperson, Hinemoa Conner, who was at the unveiling, said it had been a proud moment for all involved.

“This has been a wonderful project to be involved in and we look forward to progressing a number of other initiatives that are underway jointly with Ngāti Waewae and other agencies in the Buller region.”

In In Karamea for the dawn unveiling, from left, Alice Gilsenan, Barbara Greer and Trust chairperson Hinemoa Conner.