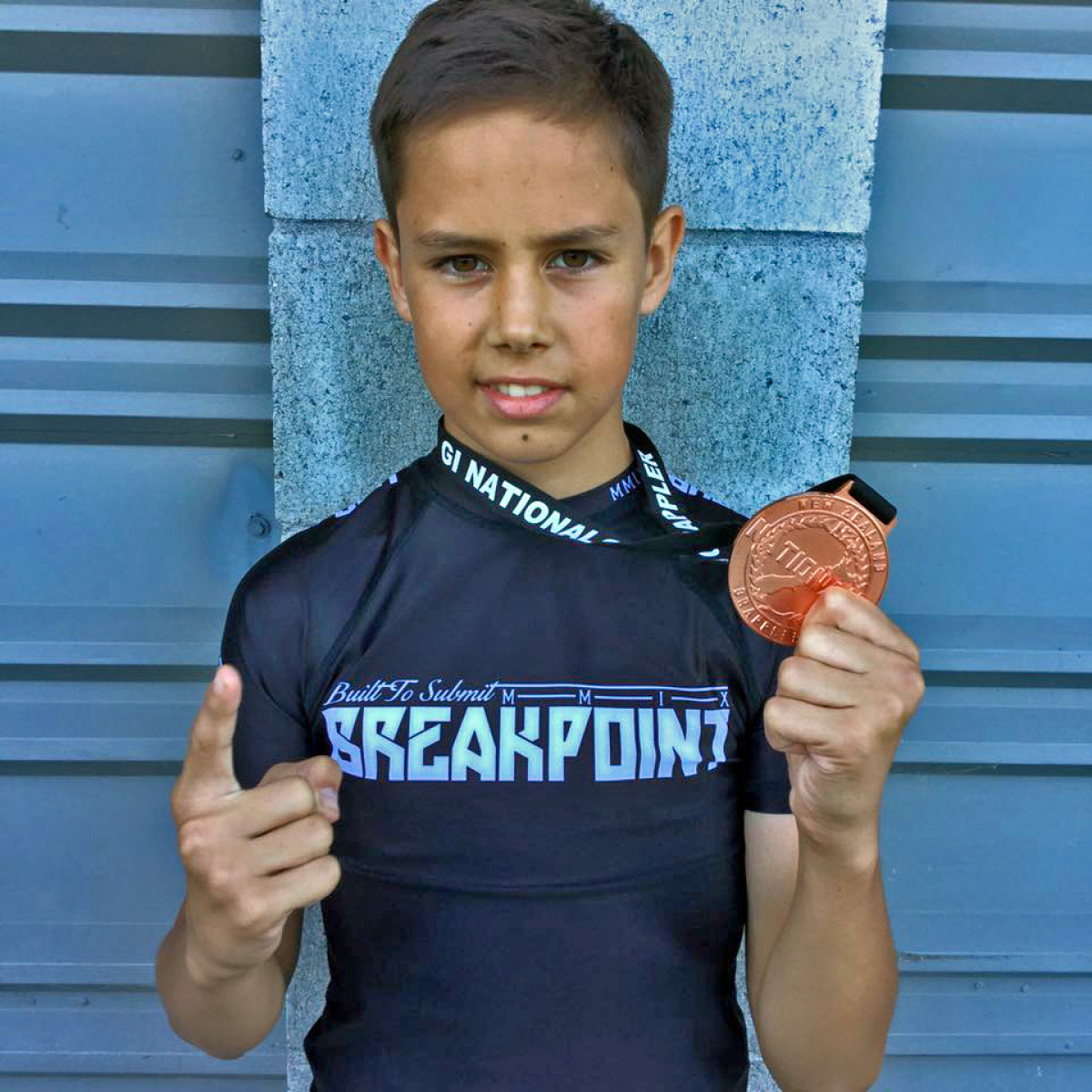 At the relatively young age of 13, Kayden Skipper is making his mark in the sport of jiu jitsu.

After taking up the discipline three years ago, Kayden already has a swag of regional and national medals, and earlier this year he won the Auckland Gi Regional competition. It’s pretty impressive for a guy who only turned to the sport fairly recently (although he had been boxing for eight years).

Kayden is a member of the Marcello Lopez BJJ Club in Blenheim and trains every day under the watchful eye of club owner and coach Marcello Lopez. His goal is to win a world championship and a professional career is a ‘possibility’ he reckons. He is one of a number of Ngāti Apa ki te Rā Tō rangatahi who belong to the club.