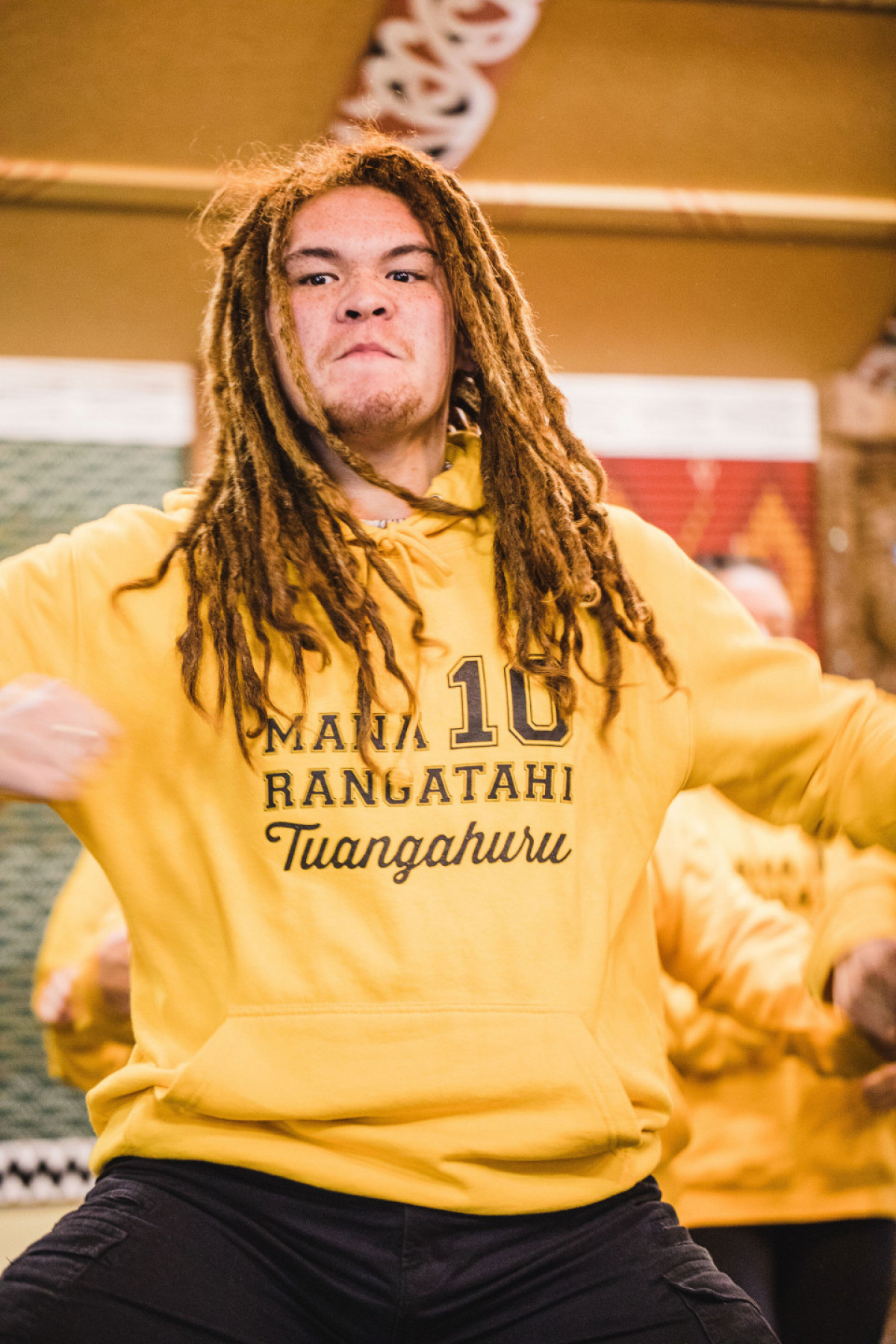 “It was great to meet all the cuzzies and learn about some of the history and the practice of wearing tipare kawakawa over the eyes as a sign of respect to Kupe when passing the place of his historic battle,” Tyrone says.

Accessing Māori stories is something Tyrone, is passionate about.

“Despite the way colonisation has changed the way we live, we still have our own language, culture and history - I would like to see more opportunities for everyone to learn about Aotearoa indigenous history.”

Tyrone, who is of Ngāti Apa ki te Rā Tō, Te Aitanga ā Hauiti and Ngāti Tūwharetoa descent, was born in Te Waiharaheke (Blenheim) but grew up in Uawa (Tolaga Bay) and Turanganui a Kiwa (Gisborne).

Growing up in an educational environment where only te reo Māori is spoken means Tyrone is much more comfortable speaking, writing and reading Māori than English and his academic results are making his whānau proud. Last year he achieved his NZCEA Level 1 qualifications and earned Excellence in Māori and Science.

When he was about 11, he tried his hand at waka ama for the first time and was asked to join his local club. Needless to say, he took to waka ama like a duck to water and has been training and competing in waka ama competitions ever since.

He’s competed in solo and team events and in sprint and long-distance categories. In season, training is relentless with up to three sessions a day in the lead-up to competitions.

This year his team nabbed a gold medal in the open long-distance finals at the nationals held in Auckland - he’s certainly one to watch out for on the water.

After spending some time in Te Tauihu, Tyrone has come to realise that all regions are not equal when it comes to opportunities for Māori to learn their own history, stories and language. He is grateful to have had a Māori-centric upbringing.

“The whole family has to be a part of it - there’s no point in sending your kids to kura kaupapa, if parents aren’t going to learn it too - te reo has to be used all the time until it becomes something you can use every single day.”