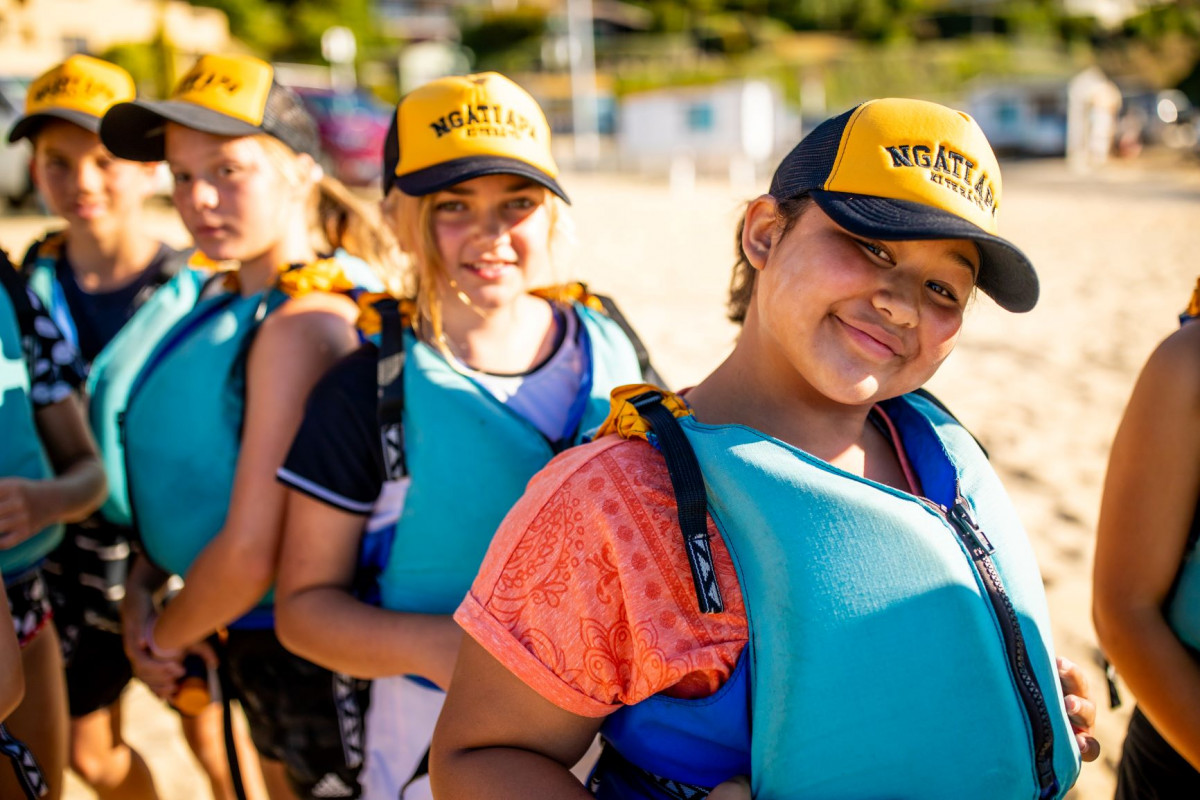 The year got off to a great start for a rōpū of Ngāti Apa ki te Rā Tō rangatahi who headed to Motueka and Kaiteriteri for the summer Mana Rangatahi wānanga. It was lovely to once again be hosted by our whānau at Te Awhina Marae and Aunty Ngawhakaara, and be able to take the rangatahi to some important sites.

Kaiteriteri was a taunga waka and mahinga kai for our people and as you look out from the beach on the left you can see an old Ngāti Apa ki te Rā Tō pā called Kaka Pā, and down on the island below an urupā. To have the rangatahi training not far from here was meaningful and, as always, they attracted an interested crowd of wherever they went. It was also great to spend time again on the waka ama with the whānau from Waka Abel Tasman.

The first Mana Rangatahi for 2019 was extra special for Arwen Robinson. For the past few years the 8-year-old from Christchurch has watched wistfully as elder sisters Mia, Nellie-Jane and Ella packed their bags for the bi-annual  Ngāti Apa ki te Rā Tō youth wānanga. But this time, Arwen got to pack her bags too, joining her sisters – and mum Shan Robinson - for the journey to Te Tauihu. And by the end of it, she’d grown just that little bit more. “I’ve learned waiata and haka,” she said. “I’m really proud of my sisters and I want to be just like them .. I’m really happy that I am finally here and I am going to take baby steps and become as good as them.”

Cultural advisor Kiley Nepia says with each wānanga, Mana Rangatahi continues to gather strength as participants move through the eight-tier whare wānanga programme. “As some of our tūkana exit the wānanga programme it is encouraging to see a new wave of rangatahi wanting to connect to their iwi.”

A big thank you to our helpers, in particular Shan Robinson, Karina Gardiner, Katrina Knill and Keelan Walker. And congratulations to our junior and senior warriors – those students who show particular dedication and leadership. This summer, those students were Arwen Robinson and Tukauae Moses (junior) and Te Ao Marama and Lucas Baker (senior). 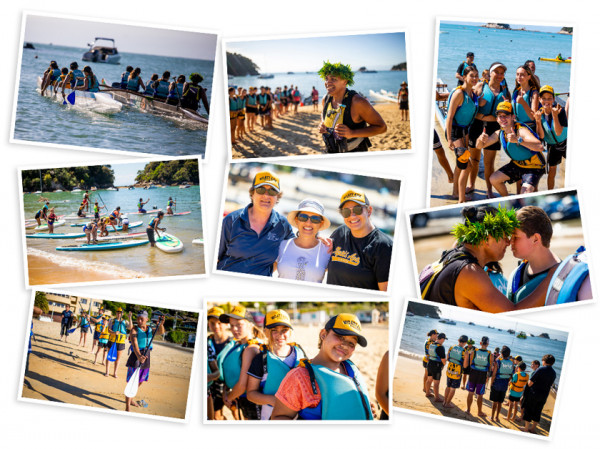