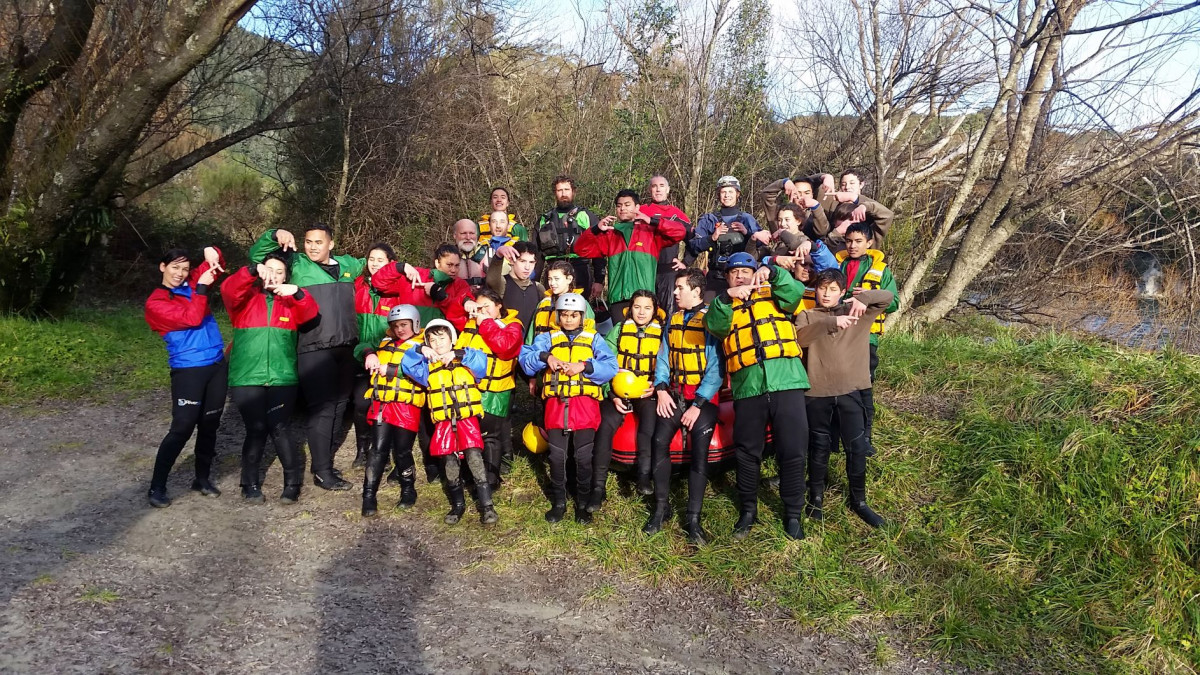 The Mana Rangatahi waka set sail again from July 11 to 16.  Rangatahi came from all over the rohe. The kaupapa of Mana Rangatahi is to empower and develop Ngāti Apa rangatahi who have been identified as potential/future leaders for their iwi by strengthening their connection to their cultural identity, whenua and each other.

Cultural Advisor Kiley Nepia said that Mana Rangatahi is part of the iwi’s succession plan to ensure that the next generation of our whānau have a strong sense of Ngāti Apa ki te Rā Tōtanga and that the six day experiential wānanga was designed specifically for our rangatahi. He said it was great to see so many new faces at the wānanga including support from parents.

The wānanga left from Omaka Marae where the rangatahi were straight into learning Māori hand games and getting to know each other with their first stop at Rotoiti where they talked about the significance of the area and how it sustained the iwi spiritually and physically.

In Westport, the rangatahi learnt about different wahi tapu and tupuna associated with the area. There were also a number of cultural elements that were included into the wānanga including  waiata, whakatauki, whakapapa, pūrākau and mau rākau. According to Kiley all of these activities create whakawhanaungatanga amongst the rangatahi, develops their cultural knowledge and gets them thinking more about the collective rather than their individual needs.

Caleb Robinson attend the wānanga and like Nana Margaret Bond provided some great insight. He gave a kōrero on the pūrākau of poutini and pounamu which the rangatahi really enjoyed. Caleb said that the wānanga was such an awesome experience and eye opener for him. He said it was amazing to see the transformation take place in all the rangatahi. “These are the types of opportunities that my Nana (June Robinson) and Nana Kath fought for."

This was the first time that the rangatahi who have been participating in the tutor training programme, Ngā Toki Pakohe a Tamahau had an opportunity to assist with tutoring the wānanga. Kiley Nepia said it was great to see all of their hard work come to fruition and it was a great milestone for the iwi.

It was also the first time that the new Te Whare Wānanga o Ngāti Apa ki te Rā Tō resource book was used. This resource comprises of eight different pou or modules/levels that start at a beginner level and go through to expert. All of the participants achieved their poutahi which means they can confidently deliver their pepeha, a waiata, karakia for kai and attended a wānanga.

The Mana Rangatahi wānanga was filmed and a web doco series will be launched soon.

As the old net tires, Mana Rangatahi will take its place