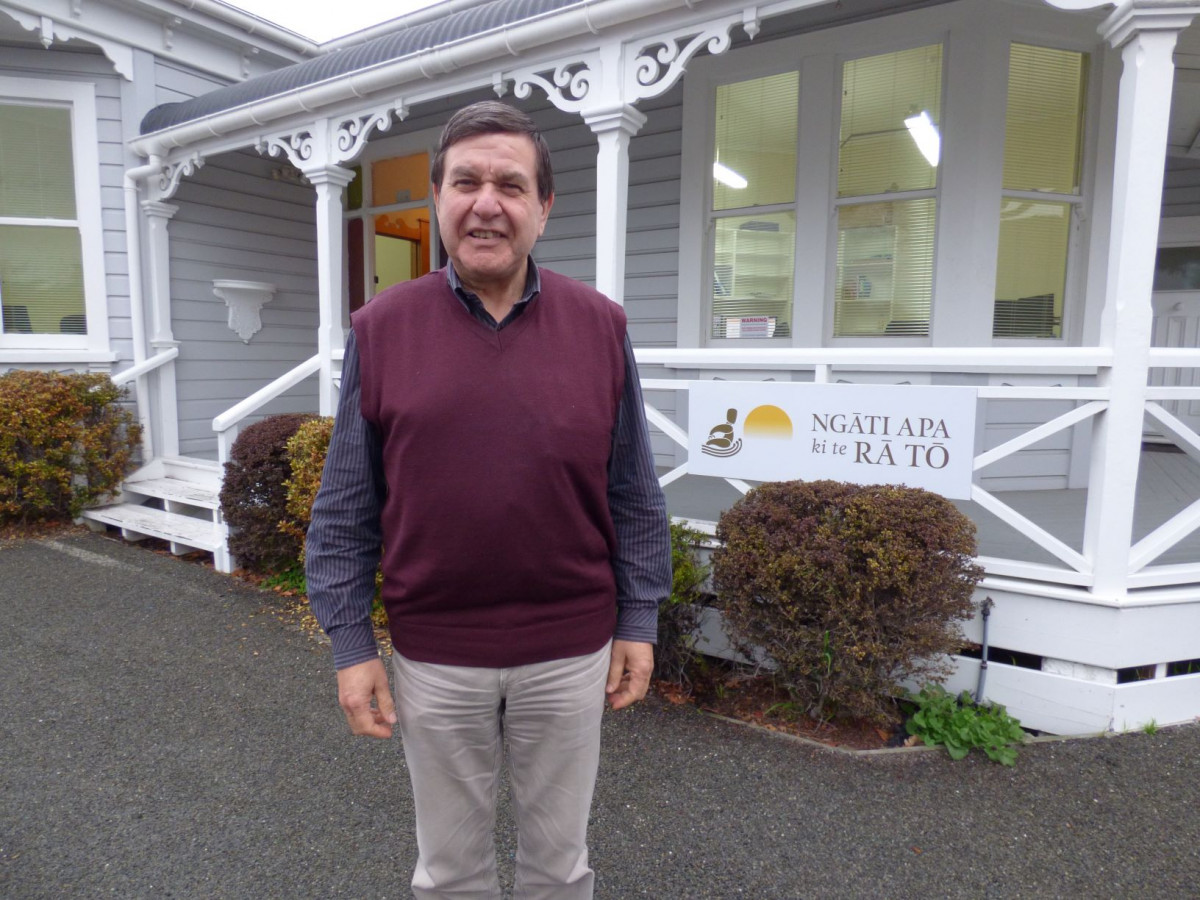 I recently attended the tangi of Kaumatua Barry Mason, who passed away peacefully in Blenheim hospital on Friday, July 17.

Barry was a founding trustee when the Ngāti Apa iwi Society was first formed and served on that and the Trust board, once established, up until approximately three years ago. Barry also served on other iwi trust Boards and Māori organisations in Te Tauihu, he was never afraid to stand up and speak his mind in any forum and his passion was to see Māori thrive and develop. As a retired public accountant, he was particularly proud to witness the ever improving balance sheets of the Māori organisations he was associated with, and would proudly proclaim that he was a “numbers” man. We have passed on our condolences to Peter, David, Marty, Gordon and their whānau on your behalf, he will be missed.

In July we, along with the other Te Waipounamu iwi, were invited to meet with the Minister of Treaty Settlements, Hon Chris Finlayson, in Nelson, firstly as a group and then each iwi spent time individually with him.

The Minister wanted to discuss how things were progressing in the post-settlement era and if we had any specific concerns, which might be slowing progress. The three Kurahaupō Chairs and CEOs met prior to our meeting with the Minister to discuss our negotiations over the possibility to purchase Woodbourne Airforce base. One of the key issues raised was the time and cost to date in dealing with Defence to get to a point where a decision on Woodbourne could be made.

Other matters raised with the Minister included, SILNA (South Island Landless Natives Act) lands, relationships with local councils and their obligations under our settlement legislation (especially around statutory acknowledgements), and a concern that government funding for initiatives in Te Waipounamu appear to be limited to Christchurch and very little if any focus was given to Te Tauihu.

The Minister listened, noted our concerns and we have had responses or activity on many of them.

Our iwi CEO Butch Bradley has been our representative for the negotiations over the settlement of new water space in Marlborough and Tasman, which is a cash settlement in lieu of actual water space. On July 23, he and I were invited to Parliament by the Minister for Primary Industries (Hon Nathan Guy), to sign a Deed of Settlement over the space. The value of this signing will be worth several million dollars to Ngāti Apa ki te Rā Tō Trust, so a job extremely well done.

Finally, I am looking forward to catching up with you at the Tuia Te Tāngata Whānau Day and AGM on August 29 and 30. Full details of transport and accommodation assistance, for both North and South Island iwi members, are being mailed and emailed to you, plus they are contained in this pānui and available on your iwi website.

Let’s make this weekend a fun and fruitful weekend of whakawhanaungatanga and Apatanga.