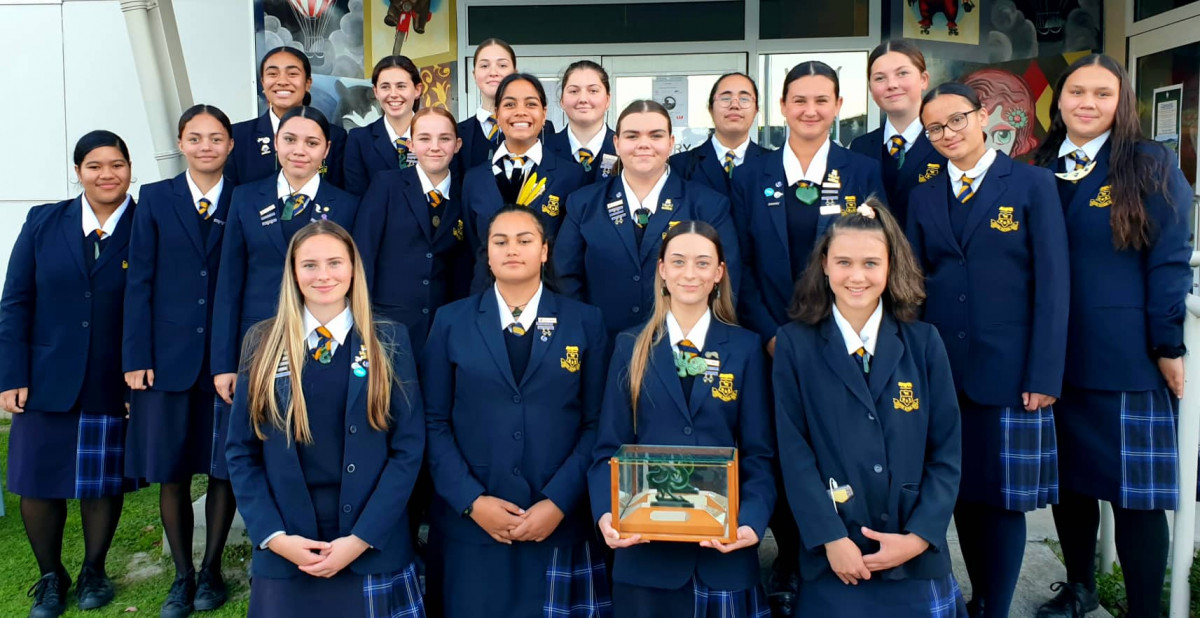 It’s two out of two for Te Ao Marama Nepia!

Te Ao Marama, pictured front, centre, held the trophy last year after winning the same section in her first year at Marlborough Girls’ College and now she is off to the nationals, again!

The Te Tauihu regionals were hosted by Queen Charlotte College in Picton. Judge Rita Powick said the standard of entrants was high, but Te Ao Marama stood out.

“I saw her last year and I’ve watched her grow,” says Rita. “There’s a strength, a confidence within her and also a beautiful humility. For us to have someone of that calibre for our tamariki to look up to, it’s profound.”

Homai te pakipaki e te whānau – and for those of you in or near Palmerston North, would be great to see you at the nationals in September.