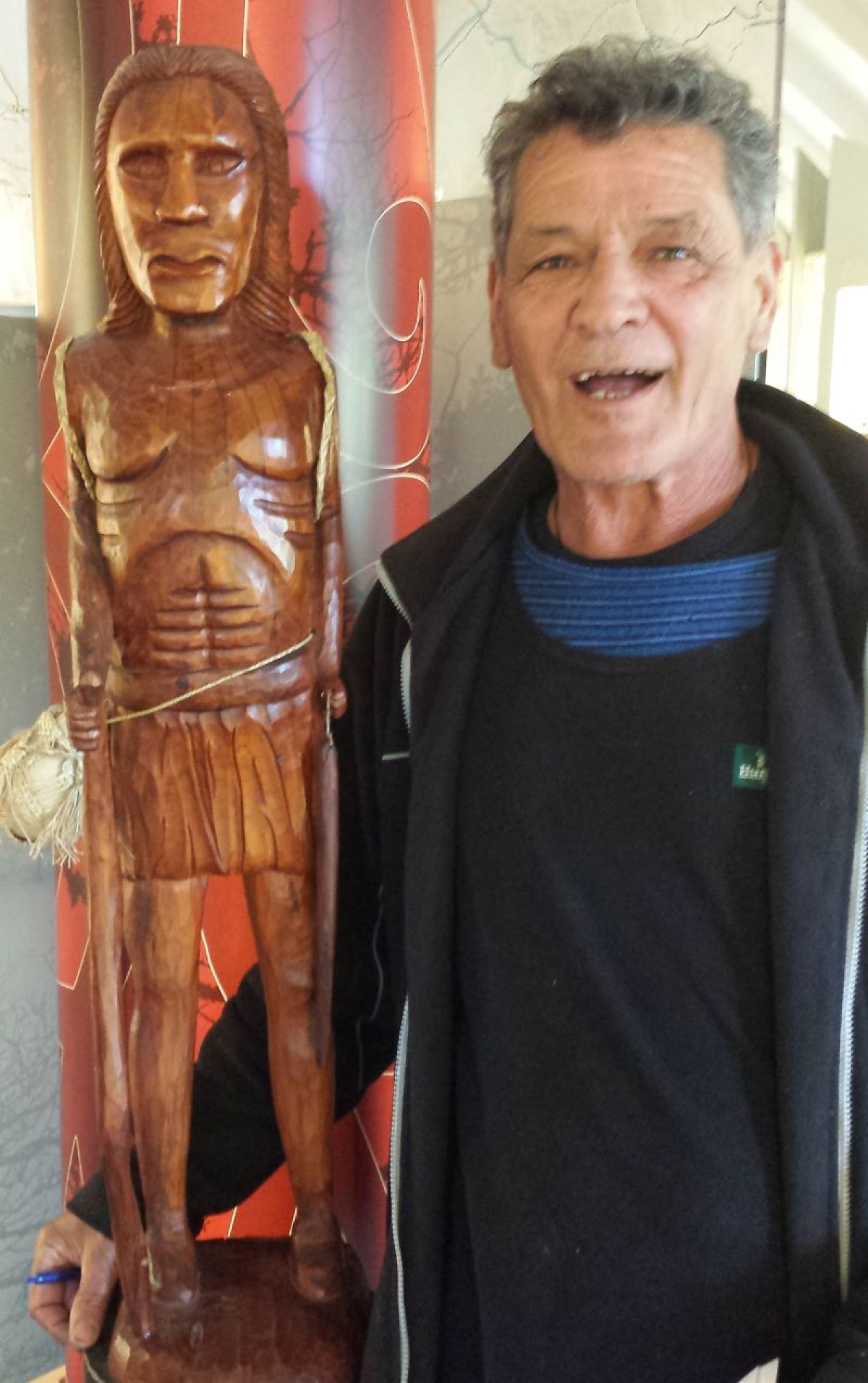 Ngā ara rau a Kehu -The many paths of Kehu.

This whakatauaki talks about the mātauranga that Kehu had and his vast knowledge of the whenua and trails. It is also the Ngāti Apa ki te Rā Tō version of a  common saying that there are many ways to skin a cat and, if one path doesn’t lead to where you need to go, then find another one!

Pictured above is Sonny McLaren with a pou of his tupuna, Kehu, at the Nelson Lakes i-Site Centre.

Ngāti Apa ki te Rā Tō have an unbroken historical, traditional and spiritual association with the whenua of Te Tauihu, stretching back hundreds of years. The manner in which these trails connected settlements across our vast rohe formed important and well-used ‘highways’ for commerce and the free flow of people. They were central to maintaining the unity, mauri and integrity of the iwi in early times and in the dark days of invasion and guerrilla operations against the musket raiders from the north.

For centuries before Charles Heaphy was even a twinkle in his father’s eye, this network of trails connected far-flung Ngāti Apa ki te Rā Tō settlements in Te Tai Aorere, Mohua, Te Tai Tapu and the Kawatiri area.

One of our tupuna, Kehu, was a tohunga and kaitiaki of the inland trails and knew exactly where to find the natural resources of the region. Knowledge and use of the tracks by Ngāti Apa ki te Rā Tō was well-known by Kehu (also known as Hone Mokehakeha, or Mokekehu). Undoubtedly, it was along one or other of these trails that Kehu led Heaphy and Brunner in their journeys of exploration. And these paths subsequently laid the foundation for the building of what most New Zealanders know today as the ‘Heaphy’ Track.

Land and waterways along the tracks that Kehu led the Pākeha were a rich source of mahinga kai such as upokorokoro (native trout), as well as inanga, kokopu and eels; and birds such as kereru, kiwi, kakapo, weka, korimako (bellbird) and koko (tui). Ngāti Apa ki te Rā Tō hunted, fished and gathered these plentiful natural resources, trod the tracks, built pā and kainga, and received tribal lore and traditions handed down by our tūpuna. The tracks also gave access to limestone caves used as urupā, which are still tapu today.