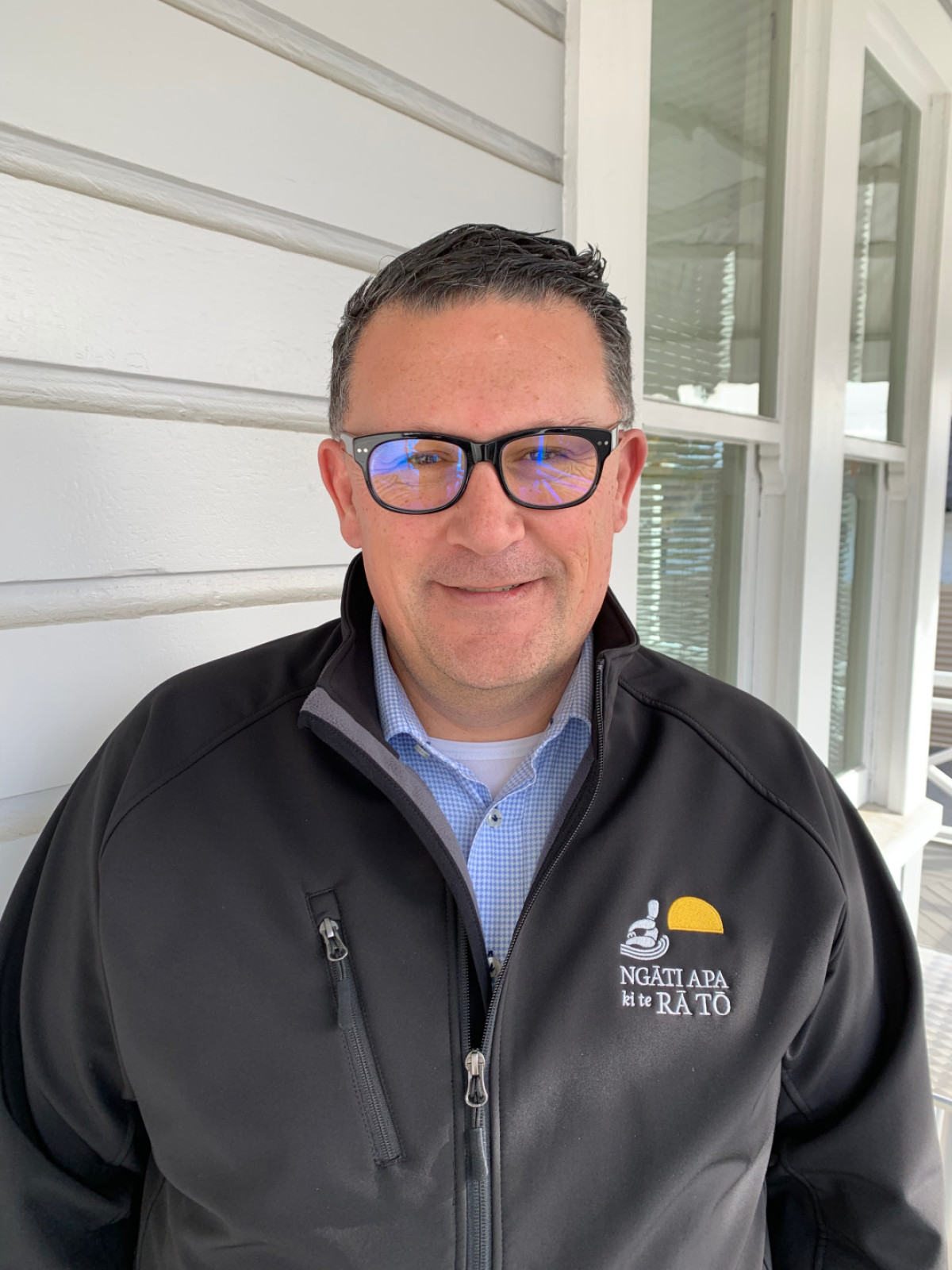 Hinemoa Conner, Chairperson of Ngāti Apa ki te Rā Tō Charitable Trust announced today that the Trust’s General Manager, Simon Karipa, will leave his role with the iwi on 18 May 2022. He will be returning to Whanganui after spending four years in his role in Te Tauihu. Commuting and living away from whānau has been instrumental in his decision to leave. Upon finishing his role with Ngāti Apa ki te Rā Tō, Simon will take up a new role with Te Pūkenga which allows him to largely work from home in Whanganui.

Sharing an eponymous ancestor, Apa Hāpai Taketake, this whanaunga bond has been instrumental in reconnecting Ngāti Apa ki te Rā Tō of the South and Simon’s Ngā Wairiki Ngāti Apa iwi of the North. It is hoped that these bonds can be even further strengthened over time.

Simon exemplifies and genuinely leads the Ngāti Apa ki te Rā Tō values, his Te Ohu Kaimoana background has been helpful to both Apa and other te Tauihu iwi.  He straddles the divide between cultural and commercial very well, and he champions succession within our iwi, evidenced by the shape in which he leaves us.

“Simon has been such an asset given his understanding of iwi politics and governance - his legal background has stood us in good stead as he has been able to navigate around complex matters in our dealings with the Crown and its agencies”, said Conner.

“I am grateful for what Simon has contributed during his time with us, setting us in the right direction. We have built a strong foundation for future ventures and growth within the iwi, including strengthening our team, implementing best practice policy and process, refocusing our brands, evolving our cultural potential and our iwi benefits, improving our operations, and being more prudent with our expenditure. I am proud of the progress the whole team has made and I am committed to ensuring its uninterrupted execution”, said Conner.

“It has been an absolute privilege to work with the iwi over the past 4 years, through some very challenging times.  I am very proud of the team that I leave behind who I am confident will be able to deliver still more gains for the iwi into the future”, said Karipa.  “Working with the other General Managers and Chairs of Te Tauihu iwi has been a highlight and I look forward to seeing what fruit this collective approach will bear in years to come”, he noted.

Upon Karipa’s departure, current Operations Manager, Rowena Smith, will take the role as Acting General Manager until a selection process is completed that will see the appointment of a new permanent General Manager.