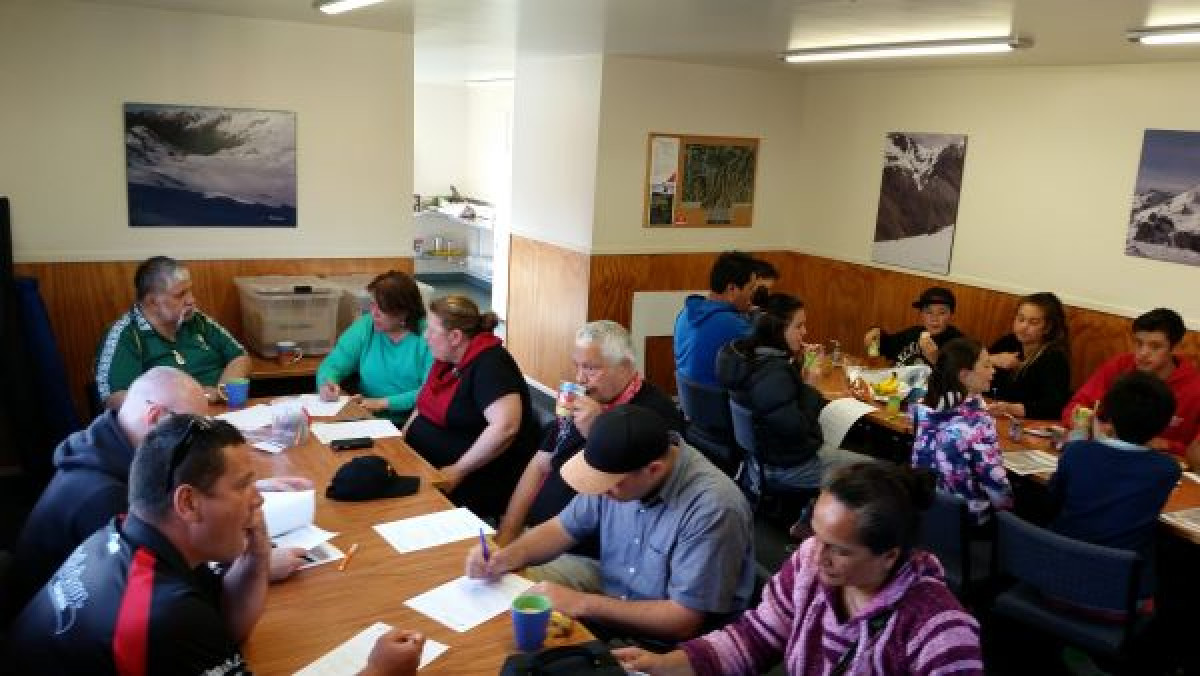 We held another iwi wānanga in Rotoiti in Whiringa-a-nuku (October) and, from the feedback received, our whānau really enjoyed themselves and learned lots about their Ngāti Apa ki te Rā Tōtanga.

The wānanga was well attended, with whānau travelling from Ratana Pā, Nelson, Marlborough, Christchurch and Westport. We also had a good mix of tamariki, rangatahi, pākeke and kaumātua. There was also a good number of whānau who were attending our wānanga for the first time, as well as our core group of wānanga participants, which was great because they were able to step up into roles and support the delivery of the wānanga.

Friday night was all about whakawhanaungatanga and settling in. Many whānau connections were made and whānau were surprised at how closely related they were.

On Saturday, whānau started to learn about our history and our rohe and, in particular, our connection to the Rotoiti, Rotoroa area and then it was off to explore our whenua. 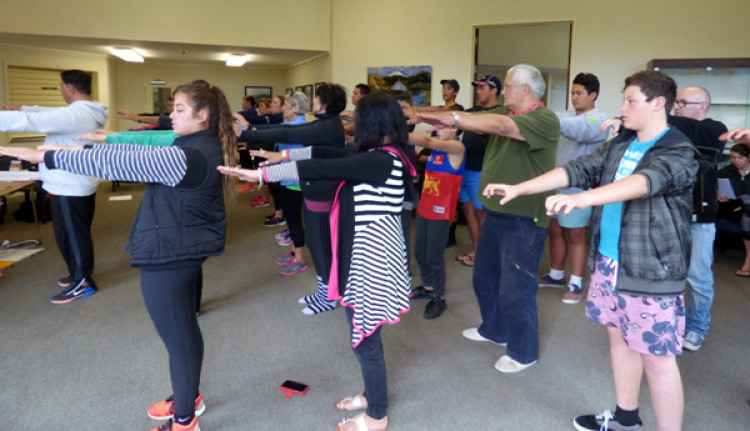 Our first visit was to Massey Street to visit one of the blocks of land given back to our iwi as part of our Treaty settlement. Whilst there Margaret Bond spoke about a red lichen or moss that grows on rocks and can be used as a natural dye. Whānau had an opportunity to harvest this.

Then whānau headed to the DOC Centre, where Faye Robinson gave a kōrero about Rakaihautu – one of the tūpuna associated with the creation of the lakes. While inside the centre whānau greeted and acknowledged the poupou of our tūpuna, Kehu, a tohunga who knew this area intimately. The mātauranga that he held forms part of our connection to the lakes.

Whānau then visited the Rotoiti lakeside, where they acknowledged and greeted the whenua, wai and tūpuna through karakia, karanga and mihi. Afterwards Cultural Advisor Kiley Nepia shared some kōrero about the lakes including how the lakes form the eye sockets of Te Wheke a Muturangi, how it was a mahinga kai, or traditional supermarket, for our tūpuna and how the lakes sustained and connected them to other areas in Te Tauihu. He also spoke about how it was a place that protected and nurtured our tūpuna throughout the devastating musket raids, and that our tūpuna launched their guerrilla attacks from here.

Kiley also spoke about Rotopōhueroa (Lake Constance) and Rotomairewhenua (Blue Lakes) being two tapu tarns where our tūpuna used to perform the hahunga ritual, preparing our tūpuna for their journey to Hawaiki.

The whānau then travelled to Rotoroa, which is more isolated and less impacted by human activity. It was the first time that many whānau had visited Rotoroa.

Throughout the wānanga, whānau learned two mōteatea/haka. One was ‘Tēnei te Kura’ and the other, ‘He Aha Kei Tua?’

It was encouraging to hear so much te reo Māori being spoken throughout the wānanga, and having a core group of whānau who could assist groups to lead mihimihi and karakia. This has been made possible as a result of previous wānanga.

Something else that stood out was the amount of people who helped out in the kitchen. As the whakatauki says: ‘He rau ringa e oti ai,’ (Many hands make light work).

The next wānanga will be our youth wānanga, Mana Rangatahi, scheduled for Kohitātea (January) 10-15.

Before the wānanga our Cultural Advisor Kiley Nepia facilitated a wānanga with the Nelson Lakes DoC staff sharing with them our history and connection to the Lakes area, as well as teaching them our waiata, Tēnei te Kura so they could use it at different functions.

Iwi trustee and weaver, Margaret Bond taught the DoC staff how to make an ika out of harakeke.  DoC Operations Manager John Wotherspoon commented on how great the experience was. He reported that everyone thoroughly enjoyed the day and how useful it was to learn about our connection to the lakes.