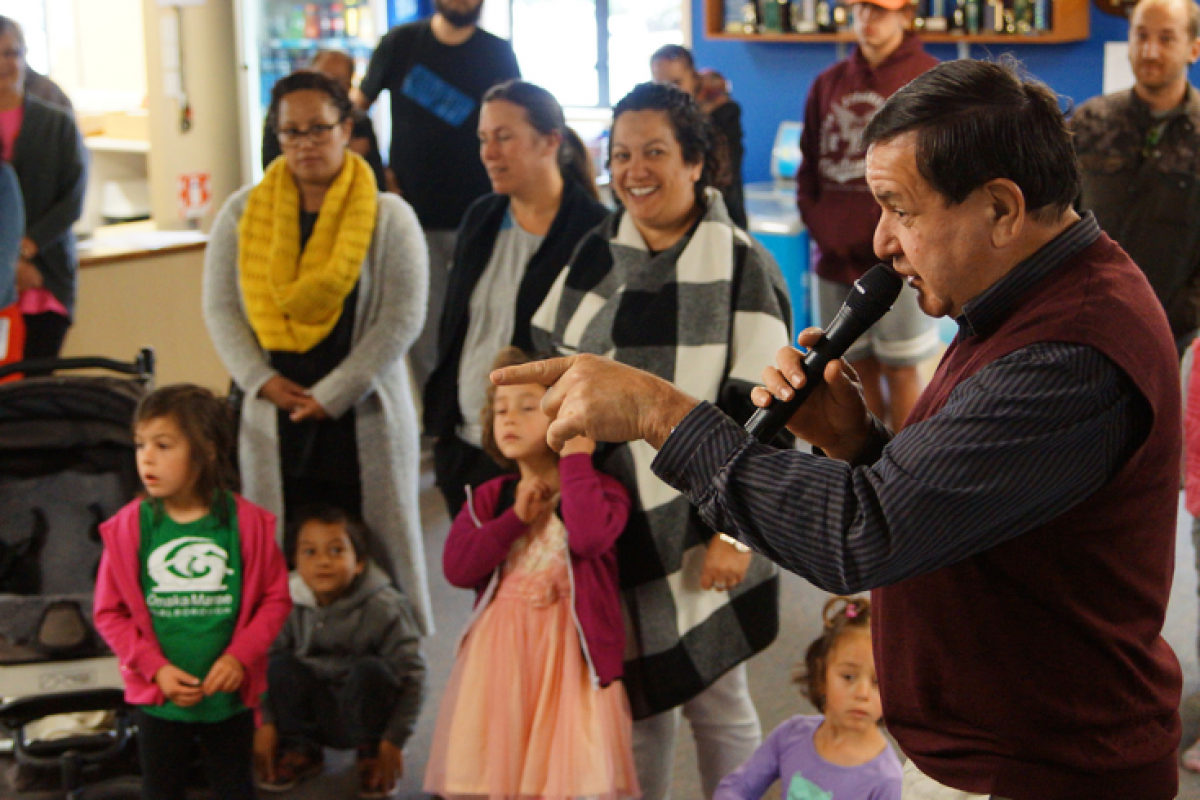 It was good to see another great turn out for the AGM weekend and again the whole Ngāti Apa ki te Rā Tō team did us proud with the organisation of the activities for the whānau day, the hākari on the Saturday night, and the AGM itself.

It was good to see the solid support we had again from our Whanganui whānau who this time delivered for us, a wonderful waiata which was great. We all just need to learn it now! Great also to see how our rangatahi have grown and developed in a very short time. I congratulate Kiley and his team for their achievements in this area.

With the AGM behind us we can now focus on the year ahead and the continuation of the business of the Iwi. Congratulations to Denis (Gapper) and Tracey (Tamou) on their election as Trustees, filling the vacancies for the Tarakaipa hapū, and commiserations to Te Reo Hemi who was unsuccessful this time round. This is the first election to the revised Board composition of six Trustees, as per the recent Deed revision. My thanks go to Te Reo, Barbara Greer (resigned), and Peter Mason (opted not to stand), for their contributions as Trustees during their respective terms.

One of the first and most important things the new Trust Board will need to undertake, is to review our high level Strategic Plan and to push our planning horizon out to a minimum of five years, but even better, 10–20 years. This process will start at the next Board meeting at the end of this month. We will aim to complete it before the end of December. Now is the time for us to note all of our aspirations (no matter how lofty they may appear), and to include them in the Plan. We will then prioritise the plan and set the goals for Butch (CEO) and his team to make them happen. We would be keen to hear any aspirational goals you may like to see within the plan, and please feel free to feed them in to us through any of the Trustees or the office.

The Trust Board also needs to discuss and agree on a proposed way forward for our Governance structure. While we did not receive a great deal of feedback on the proposal it is fair to say that, from the discussions around this kaupapa at the AGM, there does seem to be a reluctance for us to proceed at this point.

We will however, implement a number of recommendations from the Report (around Terms of Reference and more specific objectives for sub-committees, role descriptions and a clear review process for Trustees). We will also give consideration to an interim arrangement whereby the alternative structure could be set up on an informal basis for a period of time, which may then give us the opportunity to assess its effectiveness before we make the decision to formally implement it.

Notwithstanding the above, it is likely we will need to schedule a further SGM in the new year, as we still intend reducing the directorship numbers on the Ngati Apa Investments Limited Board from five directors, to three, and there are a number of inconsistencies between our two main Deeds (Charitable Trust and PSGE), which we need to amend and better align them.

I spoke at the AGM about a meeting which the Attorney General (Minister Finlayson) had requested with us, which took place the following week. One of the matters that was raised at the AGM was SILNA lands, which is a long outstanding and still unresolved issue. The affected land from Ngāti Apa’s perspective is the Whakapoai block (Heaphy), which the Minister is keen to resolve. We also discussed the frustrations we are experiencing relating to Woodbourne, and the Minister took those concerns on board.