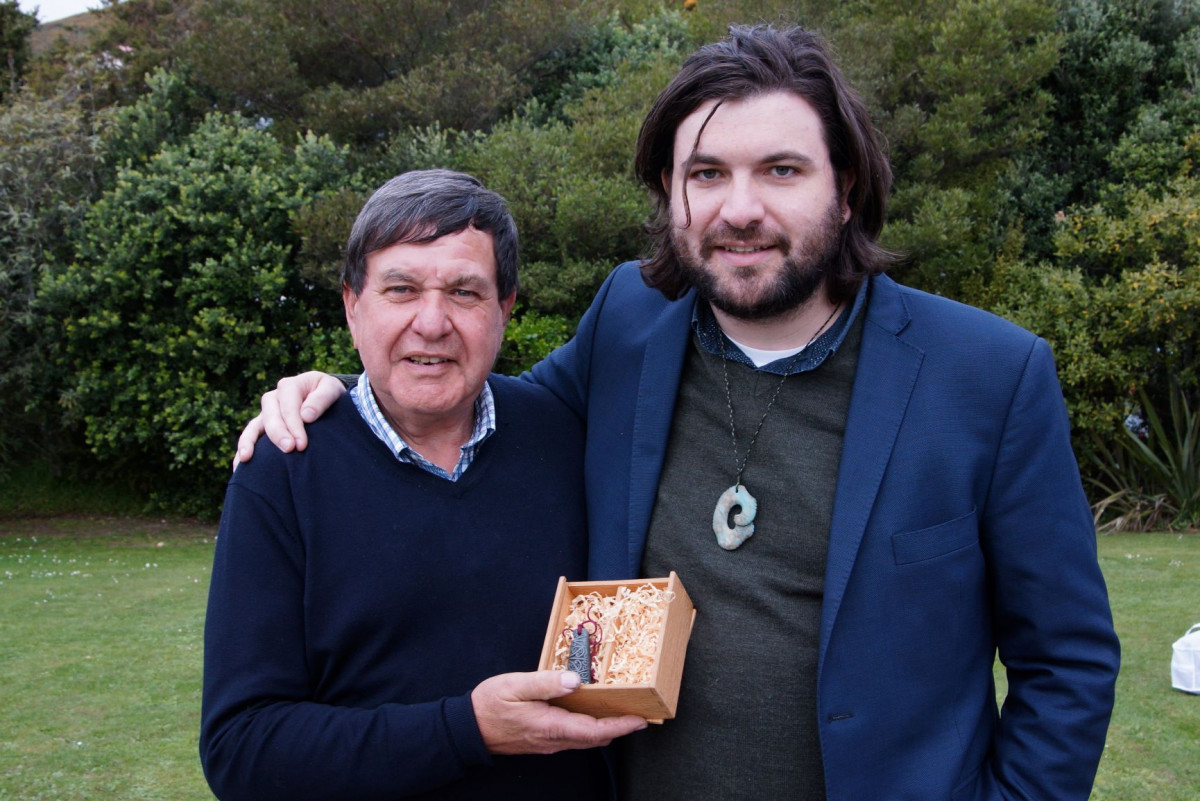 Next month’s Hui ā Tau will be one of mixed emotions for Adrian Wilson, who is signing off as a trustee after eight years at the table. In this Q and A, Adrian reflects on his time with the trust and his hopes for the future of the iwi.

When did you become involved in the NAKTRT Trust? How did your involvement come about?

I’ve been a Trustee since 2010, when I first put my name in the hat and was elected as an alternate for Puaha te Rangi (and then subsequently a Trustee). Ngati Apa had supported me while I was at uni studying law. It was a time when the Trust didn’t have a lot to give, but from what it did it was supporting people to gain an education. I became more directly interested after my dad, Brendon, was asked (arm-twisted) by my Aunty June to get involved. He joined as a Trustee, then became Chairman in 2005.

What have been the highlights?

Concluding settlement was one of the early highlights.; seeing the extraordinary efforts so many people had put in over so many years come to fruition. It’s easy to take all that for granted now, but there was a time where it must have seemed hopeless and the kōrero very dispiriting. People like Aunty Kath, and my Aunty June, Sonny McLaren and Dennis Gapper who have been colleagues of mine on the board, kept the faith, kept believing, and kept pushing for recognition. We owe a lot to them and their memory.

More recently, it’s the growing engagement we’ve had with people. When I first got involved, we were lucky to get a quorum at AGMs. The last few we’ve had well over a hundred. People see something worthwhile to get involved and connect with.

Finally, the work that Kiley has been doing with Rangatahi is incredible. The transformation of these young leaders into proud, grounded, and enriched people gives me a lot of heart for the future of the iwi. That has to be a highlight.

Resetting for the post-settlement world is a gargantuan task. Overnight we went from an organisation that had a clear and singular purpose, to one that had to search deep for its purpose and identity.

Off the back of that challenge, I think we’ve done well as a board to bring structure, direction, and momentum to the Trust as an organisation. There has been a lot of unglamorous work to get systems and processes set up, and the right people in place. At the same time, we’re carving a pretty thoughtful and impactful path into the future – creating the conditions for the iwi and community to thrive.

What are you up to now, and for the foreseeable future?

I’m currently based in Sydney, working for a global management consulting firm. Our work is spread across Australia and the world, so I spend a lot time sitting on planes. I’ve also been fortunate to be able to get involved with some local organisations here in Australia who work with and support indigenous communities. I’m enjoying sharing my knowledge and experience, but also learning much more about the local indigenous history and culture.

What do you think should iwi organisations be focused on in the post-settlement world?

The answer here – he tangata; their people – is easy. But making this a sustained focus is hard. As an organisation our attention is pulled in a bunch of different directions – getting the organisation running well; finding the right people; dealing with the Crown and local government; investments; cross-Iwi relationships, and so on. All of this seems urgent, and important. And if you let it, it can consume all of your time, energy, and focus.

Building real engagement, real community – but in a world where your people are likely time starved, geographically dispersed, and hold varying attitudes towards iwi and to their identity as Māori – is a much tougher challenge. But this is surely our core purpose. In my view iwi need to refocus on their people, understand who they are, what they want, and what they need, and exercise creativity and leadership to create an engaged and vibrant community.

How do you think we can encourage more people to take an active interest in the Trust and stand for election?

This is a tough one. I regard the electoral processes as being a measure of engagement. When we don’t get many people putting their hand up, I despair that it’s a sign that they’re not that engaged. My hope is that as we continue building momentum behind our engagement programs, and as more and more people get involved, they will see the opportunity to contribute. Including through governance roles.